Ford and Lyft have recently announced the deployment of driverless autonomous ride-hailing cars in Austin and Miami Dade. These self-driving ride-hailing a business will carry a safety driver and a technology monitor. They will operate without preset routes and will initially carry less than 100 passengers. It is unknown when these new vehicles will hit the roads, but there are plenty of positive things to be excited about.

For one, these driverless cars can theoretically reduce the number of accidents on the road, many of which involve popular rideshare vehicles. Other benefits include reduced environmental impact and an increase in tech sector jobs. Learn more about the robotaxis and how they’ll ease their way into the mainstream.

Vehicles can brake and speed up to maintain a safe distance from others on the road.

This feature keeps a vehicle in the center of a chosen lane, but will disengage if the driver’s hands come off the wheel for too long.

Centers the vehicle in its lane without the need for a driver’s hands on the wheel. This only works in specific conditions, on certain roads. All systems still require that the human driver’s eyes remain on the road ahead.

All of the above the systems fall under the category of Level 2 automation. To give you an idea of their capability, there are six tiers of vehicle autonomy (0 – 5). Level 0 has no driving autonomy. Level 2 vehicles require a human’s presence to watch and take control when necessary.

Robotaxis are currently at a Level 3 automation. Also known as conditional driving automation, they use environmental detection technology and AI to assess driving situations and make appropriate decisions. The person within the vehicle does not need to supervise the technology. Of course, Beta testing requires a person to oversee operations until programs fully role out and gain legal status. For example, Honda released 100 Level 3 automated vehicles in Japan in March of 2023.

Tech Company is Testing its Self-driving Technology in Miami

Ford and driving technology group Argo AI have teamed up on a new pilot project that involves autonomous ride-hail vehicles in Miami.

The company is using modified SUVs that have the capability to deliver fresh fruits and vegetables to low-income communities. The test vehicles load up with produce and drop them off with 50 different locations.

While many ride-hail drivers are nervous about this new initiative, the future of mobility in the Miami area is very bright, as public transportation is generally mediocre and traffic is often brutal.

The popular rideshare company Lyft also expects to introduce driverless Lyft vehicles in Miami in 2023. When it becomes available, customers can request an autonomous ride through the Lyft app. At first, there will be two safety drivers on board, however, the ultimate goal is to go fully driverless.

With the number of Uber and Lyft accidents and sexual assaults increasing, autonomous vehicles can be a shining example of safety for passengers, motorists, and pedestrians. According to Rhino Lawyers operating out of South Florida, the cameras equipped on the vehicles can serve as documentation of events leading up to accidents and other incidents when there would otherwise be no proof.

Ford is Partnering With Lyft On Driverless Cars

The partnership between Lyft and Ford will involve the development of a technology platform that will allow self-driving cars to be dispatched on Lyft’s network.

The companies will also develop a roadmap for where to test the technology and what infrastructure is needed for fleet management. The automakers will also ensure that their vehicles are compatible with the Lyft platform, and both companies will help ensure a smooth transition for current Lyft users.

In return for taking an equity stake in the company AI, Lyft’s CEO, Logan Green, is working to ensure that this will give the company access to its ride-sharing data. This will help Argo AI improve its technology, including safety driver assistance.

Ford has announced a $1 billion investment in Argo AI, a startup formed by former Google and Uber employees. The executive team includes Carnegie Mellon graduates who are well-versed in robotics and artificial intelligence. The company also announced it had raised $1.5 billion in seed money from investors, including Volkswagen and Alphabet. They’ve also received funding from the National Robotics Engineering Center and will continue to grow.

In a joint venture, the companies will be able to combine their areas of expertise in autonomous vehicle development, manufacturing, and systems integration. They will also work on the exterior and interior design and regulatory policy management.

The AI technology company will also work with Ford on developing software that will power autonomous vehicles. The partnership will help accelerate the commercialization of these new technologies and will further enable both to build the ultimate self-driving taxis.

The company also plans to work on developing a virtual driver system for Level 4 automated cars.

There are many variables that can affect the growth and reach of driverless vehicles. However, the current number of car accidents and the growing number of sexual assaults on ridesharing drivers and passengers calls for this technology. Existing ride-sharing or taxi services will likely begin transforming into autonomous vehicles in the foreseeable future. And there’s no better city to be in for this technological genesis than Miami. So buckle up, because things will only get more interesting from here. 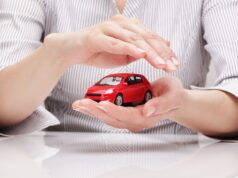 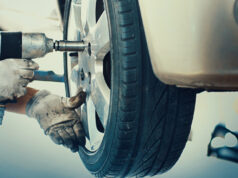 9 Smart Ways You Can Cut Down Your Car Maintenance Expenses