Home Internet Avast SecureLine VPN Vs Nord VPN: Which One Is The Best –...

When deciding which VPN service is the best, there are a number of crucial factors that you must take into consideration. The main two things are the level of security standards that it has and the speed at which it operates. Although these are important, there are also many other things that are worth your consideration before coming to a decision on which one is the best. These can all be seen in detail through https://privacyspark.com/vpn/avast-vpn-vs-nordvpn/.

As stated, security is super important. Generally speaking, the more secure that a VPN is, the better it is. One way of measuring this is by the amount of bit keys for encryption that the company provides users with. The longer that an encryption key is, the safer that the VPN is to use.

‘Bank grade’ is the level of security that Avast SecureLine VPN claims to have. This is because they use AES 256 bit keys for encryption with Open VPN. This is also the same as what Nord VPN uses also.

It is true that both services use protocols, such as L2TP / IPSec and IKEv2 / IPSec, but it is only Nord VPN that provides users with the freedom to be able to switch between their desired protocols.

Avast SecureLine VPN features a special security feature that works to actively prevent DNS leaks. However, it is something that is only available to those customers who are also using the Avast antivirus software. Something their service does not protect against is WebRTC leaks. Nord VPN, in comparison, offers protection against a range of different leaks, including IPV4 / IPv6, DNS, and WebRTC.

Further to this Nord VPN utilizes Onion over VPN tech so that your connection is kept secure when using the Tor Internet browser. For users of the service who happen to live in countries that have strict censorship rules in place, the company’s obfuscated servers become particularly handy.

For streaming music and video content, for gaming, and for general browsing of the Internet, a fast connection is super important. When using some certain VPN services the speed of your Internet can decline. However, both these VPNs performed well when connected to domestic (USA based) servers and international (UK based) servers.

A FEW OTHER FACTORS:

Also, there’s one thing that’s mostly overlooked, but it’s something to be noted when comparing the two VPNs. You can download both for free, but NordVPN has a 30-day limit on its free version, and to use that version, you’ll still need to enter your credit card details. Avast Secureline, on the other hand, does not have that.

You can use it for free for as long as you want, and without the need for credit card details. However, while you can use Avast Secureline for free, you’re limited to just the free tools provided by Avast. NordVPN offers its premium version with every service for 30-days, but to use Avast’s premium services, you’ll need to purchase a trial.

With that being said, services provided by Avast’s free version are quite limited, so NordVPN still takes the win here. Comparing prices: NordVPN offers three prices that are: $11.95 per month, $69.00 per year, $54.00 after every six months. Avast offers two prices that are: $4.99 per month, and $59.88 annually.

Comparing the prices, we see that Avast is actually cheaper than NordVPN, especially if you choose the monthly plan. If you use either over a period of, let’s say 4 months; for Avast it adds up to about $19.96, but for NordVPN it adds up to about $47.80, that’s about $27.84 more than Avast.

So, Avast might be a good option for those only seeking a VPN for a period of time that’s less than six months. Still, that doesn’t mean you can compromise on some of the advantages provided by NordVPN, so it’s clear that NordVPN is the better choice.

NordVPN is the better choice out of the two, although it is more expensive, that’s justified by the advantages it has over Avast Secureline. NordVPN is generally a faster VPN than Avast Secureline is, something that matters the most if you’re going to be using a VPN while streaming videos. So, without a doubt, NordVPN has the upper hand in almost every aspect except for pricing.

Unless you want to save a few bucks, we’d suggest going for NordVPN without a doubt. Anyways, that will be it for this article, we’ve compared the two VPNs in brief detail, and by the end of it, you should be able to decide which VPN you’re opting for.

For the average user, either of the VPN will do the job, so saving a few bucks might actually be a viable option. We’re not going to force an option on you, that’s something that you’ll need to decide on your own. Give this article a read, and try not to skip anything to make sure you make the right choice.

If you’re someone who wants the best experience out of everything, we’d recommend using NordVPN. You can opt for Avast Secureline if you want to, but that’s completely up to you. In summary, both of these VPNs are good options, but NordVPN comes out on top when you compare the two.

We hope this article proves useful to you, and if you have any further questions/queries, feel free to let us know in the comment section down below, and we’ll try to respond to as many of you as we can! 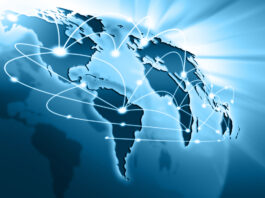 Why the Internet Is More Valuable Than Ever 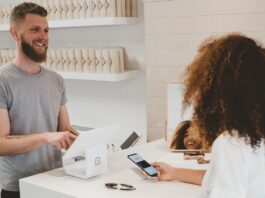 How To Turn Customer Interactions Into Meaningful Connections 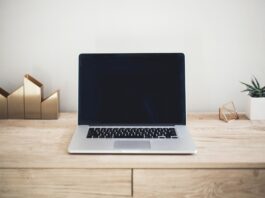 My Server Is Up, But Why Is My Website Inaccessible?