Investing always looks easy in hindsight. It’s much harder to have that kind of clarity when you’re in the moment, however. You don’t know what you don’t know – and you have to go to great lengths to ensure you’re making the smartest possible decisions with the information you have.

But you can employ certain proven principles to win fairly consistently with money. At the same time, there are particular errors you’ll want to avoid at all costs.

The Two Sides of Investing

Before we dig into some of the big mistakes rookie investors too often commit (and how you can avoid falling for them), it’s worthwhile to begin by getting clear on the two major forces that drive financial decision-making.

The Technical Side of Money. The first is the technical side of money. In order to be a successful investor, you have to understand some of the technical facets of investing. For example, you have to possess a basic grasp of interest rates, ROI, risk-reward, diversification, and so on.

If you lack this, you could hire someone to manage your investments for you. Even in that case, though, it’s a smart idea to commit to learning the ins and outs of the investments you make. The Soft Side of Money. The second force is the softer side – the psychology of money, if you will.

This has to do with things like discipline, patience, discernment, and your willingness to delay gratification today in order to enjoy much greater rewards in the future. Most people assume the technical side is the most important, but it’s probably more accurate to regard 90 percent of successful investing as psychological.

You have to master this aspect in order to benefit from the technical aspects. When an investor goes off the rails, it’s usually because he placed too much emphasis on one of the two sides of investing – and not enough on the other. Successful investing is a balancing act. Master both sides and you’re much more likely to succeed.

Five Mistakes You Must Avoid at All Costs

As you consider handling your money from both the technical and psychological sides, here are five basic but common investing errors you’ll want to avoid.

Not Understanding the Investment

The very first mistake is not understanding the nature of the investment you put your money into. This can happen on a couple of different levels. First off, you have to understand the investment vehicle. If it’s a mutual fund, for example, you should know how a mutual fund works, what the historical rate of return is, how to cash out, what taxes you have to pay when you pull your money out, etc. If it’s a fixed indexed annuity, you have to know what the rate is, when the surrender period ends, etc. (You can read more by clicking here.)

Second, you have to know what each investment consists of. In other words, if you’re investing in a specific stock, you should study the business model and cash flow statements to understand how the business works and whether it’s viable for the future. You don’t need to run hundreds of technical computations, but it should pass the smell test.

Putting All Your Eggs in One Basket

The second big mistake investors often make is to put all their money (or too large a percentage of it) into a single investment. In other words, they fail to diversify. For example, a rookie real estate investor might find a house in his neighborhood that he believes could be purchased for $200k and sold for $400k if it’s properly fixed up.

He estimates that it’ll take about $100k in upgrades and repairs, which will net him a cool $100k in profit. The only problem is that he would have to sink all of his cash into the investment. Could an investment like this work? Sure, it could … but it’s also highly risky.

If something goes wrong, 100 percent of his cash will be gone. That’s not a smart investment to make. It would be wiser to purchase a different investment property for less cash (even if it means a lower potential ROI), and spread the remaining money across other, safer investments.

Attempting to Time the Market

Everyone thinks they can time the market. We all want to believe we have a sixth sense that enables us to know when the market is going to crash or surge. But you didn’t believe the markets were unpredictable before COVID, the past year and a half has shown us otherwise. When the pandemic struck, the U.S. stock market plummeted.

But rather than recover gradually, it shot back up almost as quickly as it fell. Since then, it’s enjoyed pretty steady growth (despite other economic factors that most of us would presume would make it decline).

The moral of the story is that you shouldn’t try to time the market. You’re better off dollar-cost averaging your investments so you lower your risk and increase your potential for beefy returns.

Pay your bills, set aside cash for emergencies, and then invest. The money you invest should be funds that go above and beyond your basic expenses and security. Any time you put money into a new investment, you have to do so with the expectation that you’ll lose it. That might seem harsh, but that’s the mentality you need. It’ll keep you grounded and ensure you don’t make stupid decisions that could ruin you.

If you want to convert it into cash, you have to put the house on the market, find a buyer, wait for closing, and so on. There’s nothing wrong with making some low-liquidity investments, but you don’t want to have a high percentage of your net worth tied up in them. If the market starts to tank, you could find yourself stuck in a precarious situation.

Adding it All Up

Nobody wakes up one morning having magically become a successful investor. It takes years of developing the right habits, educating yourself, and doing thousands of small things right. It also helps if you avoid committing any of the five aforementioned mistakes. Follow these tips and you’ll be better off than most. 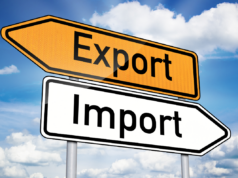 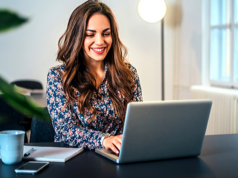 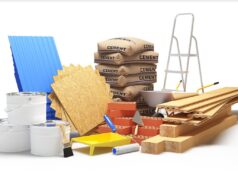 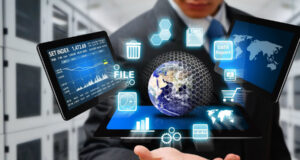