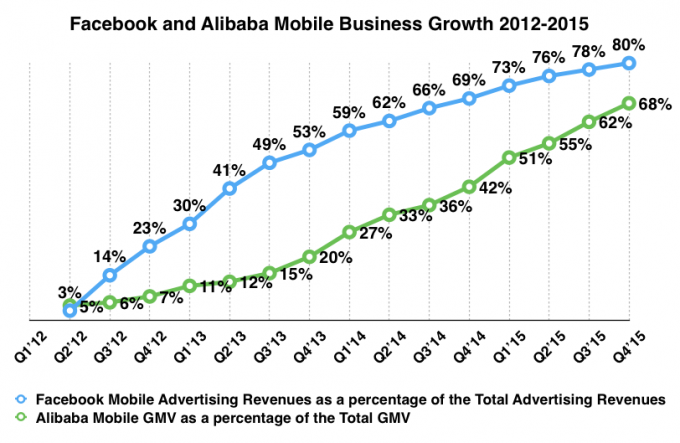 Another online company that has seen strong growth in mobile is Alibaba. It is the largest company in the world in gross merchandise volume (GMV). GMV is a measure of the eCommerce volume enabled by an online platform. Alibaba defines GMV as the total value of confirmed orders over its marketplace platforms, regardless of whether the buyer and the seller actually settled the transaction.

Alibaba is the largest mobile commerce company in the world also. Mobile commerce volume or Mobile GMV is the portion of GMV generated by orders that are confirmed using a mobile app or mobile website.