When it comes to beverage companies, Coca-Cola is definitely among the top 100 brands. Also, this Atlanta-based American company is one of the oldest brands in the world. However, have you ever wondered how much Coca-Cola’s net worth is? If so, you are in the right place to get information and learn something new about the popular soft drink. Well, if you’re ready, let’s get started.

The Beginnings of Coca-Cola

So, as we said, Coca-Cola is definitely one of the most popular and oldest brands in the beverage industry. This drink was invented 133 years ago, in the year 1886 by John Stith Pemberton. He envisioned Coca-Cola as a drink that was meant to be healthy and was a substitute for his previous product called Pemberton’s French Wine Coca. It could be said that Coca-Cola was created because of a prohibition that banned the production and sale of alcoholic beverages during the 1880s in Atlanta.

However, Mr. Pemberton, who was a pharmacist, decided to replace the popular alcoholic beverage by his new product, which he got by mixing some syrup he had obtained with carbonated water, thus making the first Coke ever. He sold the first quantities of new soft drink for about 5 cents per glass, which was a pretty good price.

Pemberton’s success has attracted the attention of another pharmacist named Asa Griggs Candler. Since Mr. Candler was also a successful businessman, he decided to buy the company from Pemberton as well as all the rights to produce Coca-Cola. It happened in 1891. This was one of the most significant steps in the further development of the company into one of the most famous beverage and brand manufacturers today. During the 1890s production was significantly increased which brought in much more profit and allowed the brand to grow.

It is noteworthy that Coca-Cola officially became patent in 1893 when it was registered in the US Patent Office. In 1894, the company began bottling Coca-Cola using bottles of well-known designs that are still popular today. Over the past decades, the design of the bottle has been changing, but never too much. The bottling allowed Coca-Cola to be sold worldwide, which also meant opening new plants in several countries including Canada, Cuba, France, Panama, the Philippines, etc.

The most revolutionary moment in terms of packaging was the use of cans during World War II to make popular drink available to US soldiers wherever they were. Also, after the war, in 1955, Coca-Cola introduced bottles of 10, 12 and 26 ounces. In 1977, the company presented Coca-Cola in a 2-liter plastic bottle.

During its 133 years of existence, Coca-Cola has become one of the most famous brands in the world thanks to its well-known flavor, logo and classic glass packaging. Although some things have been changed to fit the market, according to LearnBonds, the formula has remained the same (except during 1985 when the change was criticized a lot). It is recognized by consumers around the world, and according to some data, about 1.9 billion drinks are consumed every day.

Given that Coca-Cola is a company operating worldwide, it is easy to conclude that it has huge profits. Coca-Cola’s net worth in 2023 is estimated to be around $80.83 billion putting the company among the largest beverage brands worldwide. 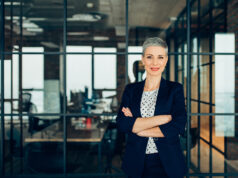 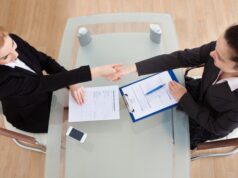 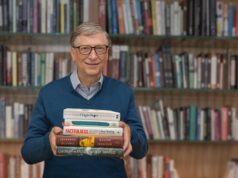