Home Net Worth Comcast Net Worth & Earnings 2023 – How Much Money This Company...

Comcast is definitely the largest telecommunications company in the United States. This company started business more than half a century ago, in the year of 1963. From that moment on, Comcast has grown into a dominant company that offers many different services to its users, including cable television, home telephone, Internet, security systems, VoIP, even the mobile phone network in collaboration with Verizon.

Now that you have considered all these facts, it is easy to conclude that Comcast has a great tradition in business and that it is constantly growing and increasing its influence not only in the United States but throughout the world. This brings to the company a large number of users, and thus a multimillion-dollar profit.

However, have you ever wondered what the net profit of Comcast is? If so, we suggest you continue reading and discover some details that you may didn’t know about this telecommunications conglomerate. Also, in the following text, you will be able to read the brief history of this company and the most important moments in its 56-year-long existence. So, if you’re ready, let’s get started.

As we said, Comcast Corporation or just Comcast was founded 56 years ago, on June 28, in the year of 1963. The company was started as a small cable provider by Ralph J. Roberts, Julian A. Brodsky as well as Daniel Aaron. It was originally located in Tupelo, Mississippi. However, the company quickly moved to Philadelphia, Pennsylvania, where it’s headquartered today. Comcast has grown rapidly and with the smart investments of its leaders in the first decades of its existence, it has become a big name in the United States market

However, the most important business venture that has brought them a large number of users, and thus a higher profit, is the acquisition of Group W Cable in the year of 1986. Over the next two years, Comcast entered important agreements with several companies that also dealt with telecommunications and thus increasing influence on the market. Most important was the purchasing of American Cellular Network Corporation in 1988, which allowed Comcast to become part of the mobile operator market.

The real rise and expansion of the company occurred during the 1990s as well as in the early 2000s. It all began when Ralph J. Roberts left his son Brian L. Roberts to manage the business in 1990. From that moment on, Comcast Corporation made the most progress by entering agreements with other major companies such as Disney and Microsoft, but also expanding its influence in the US market.

First of all, Comcast Cellular expanded the business by acquiring Metromedia shares and their interests in Philadelphia. In addition, Comcast has invested $1.27 billion in the acquisition of the Maclean-Hunter Division for the American market. It launched this corporation among the top 3 cable operators in the country and brought them an additional 3.5 million users.

The next major success was the purchasing of AT&T Broadband, the largest cable operator at that time. For $44.5 billion, Comcast acquired the company in 2002 and thus became the dominant cable provider in the United States. Of course, they haven’t stopped growing and investing money in new markets that will bring even more profits. For example, Comcast acquired thePlatform, a company that put them in the software market.

The big investment that brought Comcast in the movie industry was buying DreamWorks Animation. Prior to that, it is very important to note that Comcast first acquired 51% of NBC Universal in 2011 and then the remaining 49% in 2013. The last major business venture of this telecommunications conglomerate occurred in 2018 when Comcast acquired British company Sky.

Now, if you have read closely all the companies owned by Comcast Corporation, you can conclude that their net worth is estimated at billions of dollars. To be precise, Comcast net worth in 2023 is estimated at $205.58 billion. This puts them among the most valuable U.S. companies. 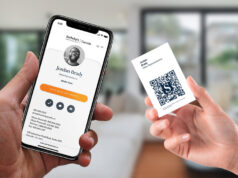 How Digital Business Cards Can Benefit Your Business 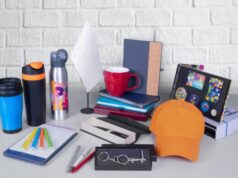