There can be several reasons why an individual chooses to take a loan. Some people take personal loans, some others take loans for higher education, business development etc. Some people use their money on credit for their regular grocery shopping when they use a credit card. Debt can be taken from a traditional financial institution like a bank or from informal sources.

However, most formal debt giving institutions carry out the proper paperwork, and the rate of interest charged on the loan amount is also less in these institutions. Hence most individuals approach traditional institutions like banks to get loans for themselves.

Debtors might face harassment from collection agents at many stages during the repayment period.

Sometimes people might falter in paying their timely installments. In other instances, harassment happens even when the installments are paid on time. In both the above scenarios, a person is entitled to seek legal remedy. If someone is facing harassment from collection agents, they can visit yourlegalrightsadvocates.com to get in touch with debt collection harassment attorneys.

When To Hire A Debt Collection Harassment Attorney?

If Facing Any Form Of Violence

If a debtor faces any form of violence from the collection agents, then they should seek legal remedy. The violence can be both physical, like slapping, pushing etc. or even verbal. Verbal abuse involves shouting, using derogatory language etc. Most collection agencies are slightly harsh when a person cannot keep up with their installment payments.

At times a person who is a victim of undue harassment is not even aware of his basic rights, and hence he continues to tolerate the physical and verbal abuse. If someone is confused about the rights against a collection agency, they should visit attorneys who can guide them about the forms of abuse and what can be taken against them.

Most formal lending institutions will issue formal statements stating the amount that has been taken on credit, the interest rate and the total amount due after paying each installment. If the collection agents show statements that do not represent the true picture, that is, they show the interest rate to be greater than what was decided, then that is also a form of harassment.

Misrepresentation in bank statements is more likely when the loan-giving agency hires a collection agency to recover the loan amount. If that is the case, the first thing to do would be to consult the higher authorities of the credit-giving agency which originally sanctioned the loan.

Many recovery agents also use public shaming as a means to collect repayments faster. They choose to shout and embarrass the debtor in their workplace or near their children’s school premises. They think that shaming in public will ensure faster repayments, but it is forbidden and is a form of harassment that can be prevented.

At times agents also threaten to get the person arrested or file criminal cases against them. A debtor needs to keep in mind that the person might be making a false threat, and he might not even have the authority to put anyone in jail or file a criminal case. In most cases, a loan has a guarantor or property or valuable asset which acts as the mortgage.

Thus, if an individual is unable to pay the installments on time, the bank will probably ask the guarantor to pay or auction the assets that have been mortgaged. Hence, arrest and criminal cases are a distant possibility in case a debtor fails to pay successive installments. A criminal charge can only be filed if there is a scuffle or an argument between the debtor and the lender.

The collection agency has access to a lot of the debtor’s personal data like his name, his residential address, his bank account transaction details etc. However, they are bound to keep these details to themselves and use them only for the purposes of recovering the loan amount.

If the loan recovery agents share personal details like phone numbers with other loan-giving agencies, then legal action can be taken against them. However, at times it may not be easy to figure out where the information leak has happened. However, there are some telltale signs like frequent calls or repetitive messages after a recovery agent has visited the debtor’s house.

If Recovery Agents Are Not Revealing Their True Identity

At times the loan recovery agent might pose as attorneys of the other party, or they may just seek information without revealing any details about themselves. They may try to use sensitive information like details of children etc., to arm-twist debtors at a later occasion.

If any person comes to a loanee’s house and wants information without sharing their identity card, they should be reported to the police. Again, it might be difficult to spot a deceitful individual. Hence, it is a good idea to always ask for identity cards and verify the identity from the main office before entertaining any strangers.

It is possible that the recovery agent calls or sends messages to give reminders about important dates like the date for paying installments. However, even these reminders will have to be professional. If someone receives a message late in the night or if the language in the message is not formal and polite, that, too, counts as harassment.

If any rude or inappropriate message is sent, it should be preserved as evidence against the tormentor.

If anyone has even the slightest doubt that they are facing any form of harassment from a loan-giving entity, then it is a good idea to consult a professional. An attorney will elaborate on what all counts as harassment and what steps can be taken to prevent the culprit. An attorney will also advise on the ways to collect evidence against the wrongdoer in case a case is filed in a court of law. 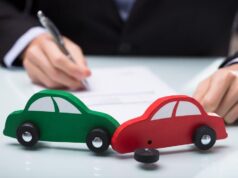 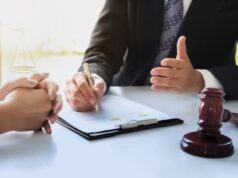 When to Hire a Bill Collector Harassment Lawyer? – 2023 Guide 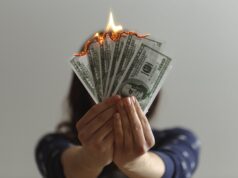