We tend to think of people who study finance as the “big wigs” — the guys in suits who sit in ivory towers and talk markets and numbers all day long. And while it’s true that this “prestige” is what attracts many people to banking and finance, many others are attracted to this world because of the art and the science of it. Indeed, banking and finance are huge fields that encompass a wide range of professions that call for people with all sorts of skills and personality types. With that in mind, let’s look at a few of the reasons a degree in finance or banking is important, both to you and the world at large.

It’s a cliche because it’s true — knowledge is power. This is especially true in the world of financial literacy. Consider these rather alarming statistics:

Knowledge gaps like these are a big reason the country and, as a result, the world, enter into downturns and recessions like the one that happened in 2008. It’s also the reason more and more people are deciding to pursue a degree in business (the broader category under which finance falls). In fact, it’s the third most popular degree in the United States, according to data from the National Center for Education Statistics.

Jobs in the Field Pay Well

While many higher-level positions in banking and finance have a preference for candidates with a master’s degree, the salaries at the bachelor’s degree level are quite respectable. For instance, financial analysts brought home a median salary of $85,660 per year in 2018, according to the U.S. Bureau of Labor Statistics (BLS).

Logisticians, who manage and evolve supply chains for businesses, made $74,600 and typically need a bachelor’s in supply chain management, according to Study.com, while financial examiners and personal financial advisors made $80,180 and $88,890, respectively. Employers in those two positions typically prefer candidates with a degree in finance or economics. Loan officers, who usually work in banks and do a risk assessment, made $63,040 in the same time period. Loan officers need a bachelor’s degree in a business-related field and on-the-job training.

Jobs in Banking and Finance Are Growing

Nearly across the board, jobs in banking and finance are growing as fast or faster than the national average for all occupations, which stood at 5% according to the latest numbers from the BLS. All occupations in the field (business and financial operations) are expected to see an increase in job openings of 7% between 2018 and 2028, which translates to nearly 600,000 new positions in the American economy.

Below are the specific numbers for occupations within the field:

As you can see, finance and banking are industries that are both high in demand and offer above-average salaries. Beyond these dry numbers, though, degrees in these fields allow students to fill a huge variety of fulfilling niches and ultimately make a profound impact on the world around them.

To respond to the changes in the global economy and the new world after the great recession, schools that offer banking and finance degrees are evolving their programs in several ways.

For one, more and more schools are allowing students to customize their learning experiences, giving them more hands-on projects, providing the freedom to tailor their theses to their career goals, and letting them choose the electives they want to take.

Many have updated their curricula and added themes that speak to today’s banking and finance world. These include social media banking, online bank fraud, and IT finance security. And they’re not just making it up as they go along. Schools have started to employ and consult experts and current professionals in the field to keep their coursework up-to-date and ready for the real world.

Another big change is the shift in focus to leadership and management tools. In the past, programs in banking and finance were largely centered around number crunching. These days, college finance and banking coursework make plenty of room for learning soft skills like communication, leadership, teamwork, emotional intelligence, and communication.

This emphasis on soft skills makes for a more well-rounded graduate; they also increase their marketability and broaden their career prospects. Someone with a degree in banking could always work in a bank and a few ancillary professions, but degrees these days are built to help grads take positions across the world of business. 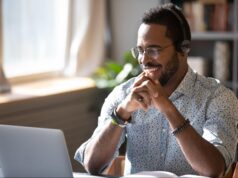