Epic Seven is a free to play RPG game developed by Smilegate Megaport that has crossed over 5 million downloads in an extremely short span. The game features intricate 2D animations based on the story of the 7th world, wherein you control characters to rid the world of evil.

The game has iconic game modes that have cemented themselves in almost every RPG game. These include a PvP Arena, Guilds, a raiding labyrinth alongside clan and guild wars that are extremely exciting and fun to play for everyone involved.

The developers have also added unique game modes that you do not find anywhere else. These game modes a World Boss mode where you need to take your entire guild to face evil and battle them for days till they present you with rewards.

The newest update to the game has also added a World Arena. It lets you battle against players from around the world to compete for a spot on the leaderboards. It also features an insanely huge array of missions and quests that you can complete to get access to better characters and equipment that help decimate your opponents.

The game also features a considerable amount of rerolling. It would help if you got used to rerolling to get ahead of the competition. Alongside this, it features various points where you can get a better summons, which is all dependent on your luck. If you are a F2P player, Epic Seven gives you many chances to test your luck and get a good set of characters.

Epic Seven has a growing competitive scene with more players competing in Arena Duels trying to form new stats and rotations that can take their opponents by surprise. Therefore, it is quite rare for players to be using their Android Phones at the highest level. Most of them use emulators to get the edge over each other.

One thing in common that you will see amongst all good Epic Seven players is their frequent use of an emulator. Due to large file sizes and cumbersome install times, Epic Seven is best played on an Android Emulator. With the introductions of unique features tailor-made for the game to ensure the best experience, emulators have quickly become the best way to play the game.

While finding emulators might be easy, finding the best Emulator that will be able to handle any load you throw it at is getting increasingly difficult. Thankfully, your search has finally ended as LDPlayer is arguably the fastest Emulator to play Epic Seven on PC without facing any issues such as lagging on crashing.

Surprisingly, LDPlayer offers many other options that place it one step ahead of the competition alongside its stability. LDPlayer has a wide variety of features that can change the way you can play a game. To elaborate, LDPlayer is no slouch for performance as it was one of the first emulators that brought all three famous App Stores in one place. These included the Google Play Store, Uptodown App Store, and the LD Store as well.

The Emulator also provides users with access to millions of Android-only applications, eBooks, and various free games. LDPlayer’s developers are also dead-set on providing the best experience you can ask for on any machine. Therefore, the Emulator runs extremely well on both old and new hardware with no lag or stuttering issues whatsoever.

Moreover, LDPlayer also lets you record clips and take screenshots, which you can then share with your friends to enhance your social gaming experience. Furthermore, the Emulator has proven itself time and time again with dedicated key bind support for games like Epic Seven, which lets you hop into the game with no further settings required. Downloading the game on the Emulator is quite easy. There is no further configuration or setup required as well, which adds to the ease of use.

The Emulator also has a dedicated Game-Oriented feature that clogs down on your Memory Usage and Bandwith and frees up system resources. All of it is being utilized by your system to ensure a smooth gaming experience with no trouble whatsoever. Even if you do not have the best system specifications, you can assure yourself that LDPlayer will provide nothing but the best performance in every case.

The Emulator is known for its clean, aesthetic UI that promotes ease of use and function with dedicated buttons for each major function while remaining minimalistic. This UI design is deliberate as it hogs up fewer system resources while also remaining extremely functional in almost all circumstances.

Downloading Epic Seven on PC is very easy to do on an emulator like LDPlayer. Here are all the steps you need to follow:

Epic Seven has solidified itself as an amazing RPG game. However, it is best played with an Android Emulator like LDPlayer, which provides users with a ton of features while also being completely lag and stutter-free, ensuring a smooth gameplay experience for PC hardware of any spec.

If you still are not so sure, try it yourself! The Emulator is completely free. We’re sure you will have changed your mind by the end of the experience! 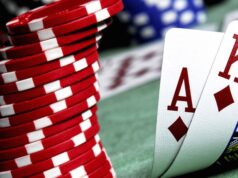 How Profitable are Online Casinos as a Side Hustle 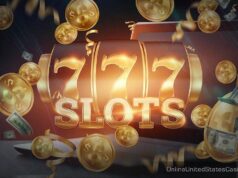 How to Manage Your Bankroll Playing Online Games? How to Turn Your Passion for Online Games into Profit