The global construction market was worth $12,526 billion in 2021. This grew from $11,491 billion due to company responses to COVID-19. This growth was mainly contributed by China, the United States, and India.

Though there was a growth in construction, it is essential to note that construction companies realized decreased profits. This can be attributed to the rising cost of materials such as asphalt and cement.

The LaGuardia Airport renovation was an 8 billion dollar project that was to be carried out without interfering with the operations of the main airport.

To successfully build the LaGuardia Airport, contractors used several technologies. This made it easy for engineers to create different simulations to reduce risk and save time. The engineers also used other technologies such as 360-degree cameras and laser scanners.

The laser scanners were vital to the project because they ensured that the dimensions and specifications of the building aligned with the original 3D model. Engineers also used aerial photogrammetry, which came in handy when creating 4D schedule models. The main aim of this construction project was to develop a 21st-century improved terminal system with world-class amenities.

UBS Arena has a seating capacity of more than 17,000, while other events can accommodate more than 19,000 attendees. One unique design feature of this facility is that the roof was made from 2,300 tons of steel. The top also supports a 45,000 scoreboard which is fully retractable into the roof structure. This makes the venue suitable for use for a wide range of events.

The architects of this facility used both modern and historical landmarks for exterior designs. A good example is a facade made using more than five unique materials, including insulated metal panels, glass fiber reinforced concrete panels, and decorative bricks.

The Second Avenue Subway is a project first proposed and planned in 1919. However, the project kicked off in 1972 and was further halted in 1975 due to financing challenges. This construction project is famous because, in over 50 years, there has not been any other large-scale development project targeting the subway system.

This construction project will be complete by 2029 and will cost around 17 billion dollars. Another interesting fact is that it will serve approximately 300,000 daily commuters. It will also cut the travel time for some passengers by up to 20 minutes.

One of the most challenging obstacles faced by builders was how the contractors would relocate important utility lines such as sewer and gas systems without affecting surrounding residents.

This power generating plant is famous because it is the first nuclear plant built in over 30 years. In addition, once the plant becomes fully operational, it will produce clean and affordable electricity that will power more than 1 million homes and businesses. The Vogtle electrical plant has a construction cost of $27 billion and will produce at least 1,117 megawatts of electricity.

Vogtle electric plants are the first to use advanced AP1000 technology in the United States. AP1000 technology has several advantages over other nuclear technologies. They are safer to operate and more economical to run. AP1000 uses several components such as steam generators, reactor vessels, and digital control instruments.

The Port of Los Angeles is arguably one of the busiest ports in the United States. The port began operations in 1907 and is built on a 7,500-acre piece of land. The port is estimated to facilitate trade worth more than 250 billion dollars. The port also has done several infrastructure projects to try and modernize its operations.

One of these infrastructural projects is the rehabilitation of the Pier 400 rail storage yard. The expansion was done to increase rail volumes to meet growing demands. Other upgrades completed at the port include the development of Berth 302-305 to increase its capacity.

Another famous construction infrastructure project worth mentioning is Interstate 80. This is the second-longest Interstate Highway in America. It crisscrosses several major cities, such as Auckland and Omaha. Several notable projects are being done on the Interstate highway, one being an upgrade to the highway’s paving.

The paving project is an 8 million dollar resurfacing project whose primary purpose is to ensure that motorists have a smoother ride. Other projects on Interstate 80 include the construction of bridges in Vallejo and a four-lane concrete bridge in Illinois.

This list would not be complete without the Golden Gate Bridge. The Golden Gate Bridge is 1.7 miles long and connects San Francisco with Marin counties. Construction of this iconic bridge began in 1933, and at that time, it cost around 35 million dollars. The engineers of this bridge designed it to withstand winds of up to 109 km per hour.

To improve the aerodynamic tolerance of the bridge, engineers added thinner and more flexible slates on the west side of the bridge. A retrofit program was done to enhance the bridge’s ability to withstand earthquakes. To ensure that the bridge is maintained, there is always a dedicated maintenance crew whose job is to repaint and substitute weak or broken components. 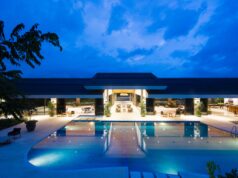 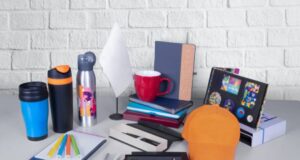