Florida has a lot of intersections with a bad reputation. These intersections are well hidden by trees, have confusing signage or sharp turns, or are just between two speed limits; regardless of the cause, they have proven to be deadly to drivers over the years, and drivers need to keep them in mind while driving through them. In Florida, Broward and Miami-Dade counties are the most dangerous places with South Florida intersections having the highest number of accidents, the Palm Beach area being another high-accident area. Here are some of Florida’s most dangerous intersections and why you should avoid them.

Some Intersections to Watch

Florida Highway 1 has a fatal crash rate of 2.8, securing its status as one of the deadliest roads in the country and definitely one of the most dangerous in Florida. The accident is the result of adverse road conditions, poor traffic management, and the usual reckless drivers. It is one of those roads you should avoid. “It’s unfortunate to see locals exposed to such poor road conditions here,” said Brandon F. Jones, Esquire, a personal injury attorney associated with Rhino Lawyers in the Tampa area.

For those looking at how a simple problem can make for challenging roads, look no further than south of I-95 on the South Dixie Highway where it intersects with Coconut Grove and Coral Gables. Not only are they a challenge for drivers to navigate but are known for their bumper-to-bumper traffic, making a prime opportunity for auto accidents.

A1A and Las Olas Boulevard in Fort Lauderdale is another intersection to be wary of, but mostly due to pedestrian traffic rather than vehicular. The intersection is near a number of restaurants and entertainment venues; drivers are easily distracted by the pedestrians, bright lights of the venues, and possibly their own drunkenness, so they are not paying attention to the oncoming traffic. Ironically, the 5 MPH speed limit does not help, and frustration with it may actually help cause accidents.

The NE Second Avenue and 36th Street intersection in midtown Miami combines a crowded intersection of three roads and a railway track. The North and South roads see a lot of traffic, making successfully navigating it an exercise in patience. Cyclists and pedestrians must find alternative routes when possible.

West Kendall has SW 117th Avenue and Kendall Drive, which is one of the busiest roads in Florida. One of the problems with being a thriving business district is the traffic, and the number of nearby homes does not help; all of this causes high traffic and therefore considerable risk. Homeowners have even asked the local government to stop encouraging new businesses until they find a solution to the traffic problems.

Further down, at 152nd Street, it only gets worse. The second-worst intersection in Florida, six roads lead in different directions. The traffic lights are hard to figure out, even for those familiar with the area; this makes it dangerous for inexperienced or easily distracted drivers. As such, all drivers are advised to avoid the area.

NW 87th and 36th Streets in Doral is a traffic trap of a different order. While most drivers try to avoid driving during rush hour, the Doral intersection is busy the entire day. This means that drivers can get locked into a traffic jam at any time; experienced drivers look up relevant traffic information and make sure they have a full tank before using the road.

Lastly, Pines Boulevard and South Flamingo Road in Pembroke Pines has some of the worst accidents, with drivers frequently speeding and ignoring the traffic signal. This is an area that everyone should avoid if possible.

How To Avoid Traffic Accidents

Most accidents happen because of distracted driving, poor road conditions, and the amount of traffic in the area. The driver himself may be too tired to drive safely or under the influence of drugs or alcohol. The vehicle may itself contribute to the problem due to possible mechanical problems or not having enough fuel. The intersection itself may contribute to the problem due to high car or foot traffic, badly placed signals, or even foliage getting in the way of being able to see through the intersection. Most problems are known, so it is just a matter of doing some research prior to driving through the area.

With that in mind, the best ways to avoid an accident are to make sure that you and your vehicle are in good condition prior to driving and that any issues are dealt with as soon as possible; simple problems can lead to more complicated ones soon enough. Also, check the traffic in an area before heading through it in order to avoid major traffic problems. Lastly, try to avoid areas that you are unfamiliar with or going into areas with a bad reputation; those areas usually have a bad reputation for a reason. In short, most traffic accidents can be avoided if the driver takes proper care and is aware of potential problems.

As you can see car accident injuries can be the cause of more than not paying attention. Any decent local accident attorney knows Florida’s deadliest intersections and usually has a good defense for those caught by the intersection. Most offer a free consultation, so look one up when you have had an encounter with one of those intersections. However, be aware that forewarned is forearmed: Car accidents are usually easy to avoid, so pay special attention near all intersections and you may be able to avoid them. 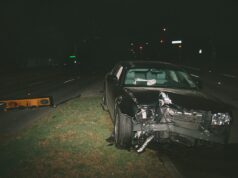 All You Need to Know About Car Accident Lawsuit Funding 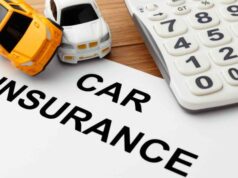 Why You Should Get Car Insurance How Much Will a Car Accident Lawyer Cost You? 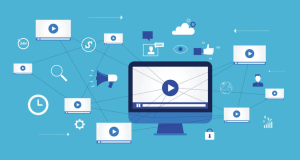