For those who are looking for a smart TV or streaming device, you have probably already heard of the Android TV. This was created in 2014 and began with Google TV and has now grown into something huge. Today, there are a ton of competitors against the android TV, such as Roku, Apple TV, Amazon Fire TV, and the like.

Besides these quick facts, there is so much more to learn about Android TV! If you’re thinking of getting an Android TV box, then read on. This is a complete guide to help you learn what to know before investing in an Android TV box.

Similar to how Android is software for phones, Android TV is a dedicated operating system made for bigger screens and other devices, like TV boxes. That way, apps from the Google Play store will be available to televisions, boxes, and streaming devices. Furthermore, there are other Android capabilities like playing games, sideloading apps, Google Assistant, and many more.

The main focus of these devices is to help their users discover a ton of new content online. Lots of Android TV boxes provide access to different streaming services such as Netflix, Disney+, Hulu, Amazon Prime Video, and a lot more. There are also devices like Roku that help organize local media.

Android TV boxes are usually plug-and-play and have a quick setup process, so you can begin using it right away. There are different types of content you can use with popular streaming apps already pre-installed in the Android TV box, with the ability to install more from the Google Play Store. These boxes are best for users who already have a regular monitor or television that isn’t internet-connected.

Now that you know what Android TV boxes are, the next step is choosing the right one. It can get confusing as to what you should get with the many Android TV boxes available. To help narrow down your options, here are some important factors to consider:

Android TV boxes are affordable but not all of them would offer excellent resolution output when connected via HDMI. There are older and/or cheaper models that may only offer outputs up to 720p, so you will receive less resolution and less-quality media compared with other devices.

There are more Android TV boxes, however, that offer 1080p or 4K output through HDMI. 4k is suitable for those who have televisions supporting 4k, so you can maximize your screen’s capabilities and enjoy streaming in HD.

However, with higher resolution, you will need a faster Internet connection so you can stream at maximum quality with minimal buffering issues. But when watching using offline media files from your network storage or hard drive, there won’t be loading problems.

Android TV boxes have a few similarities to smartphones, relying on Arm Cortex processors to process power. There are popular Android TV boxes that also use octa-core processors with various clock speeds. Processors would then be paired with 2GB (or more) RAM, which is the standard configuration for a smoother user experience.

I recommend that you invest in an Android TV box that features an octa-core processor. You’ll also want one that has bigger RAM and storage that is up to 128GB. This will help you multitask and use different apps simultaneously with no speed issues while improving the media playback performance.

Make sure that you also check your chosen Android TV box’s support for external storage options. There are devices that offer a built-in hard disk slot for you to install your hard drive directly. There are other devices using USB connections so you can use external drives.

According to CordCutters, others would use Kodi, and other similar platforms, as their media player and manage their media easily. Such platforms would support networked drives and cloud storage for you to connect to such storage options for accessing media files to stream your content.

You’ll want to make sure that you invest in an Android TV box in its most updated version. Or, at least know that the device can be updated to the latest version (and the next versions to come). This is important since apps are hard to install in its outdated versions and you’ll find it difficult installing a box running at a lower operating system.

With the latest versions, you can save time and money installing apps efficiently. The interface and installed apps will be able to perform better at the latest version, and you won’t have to worry about bugs and security issues.

Android TV boxes are affordable and nifty little devices that allow you to stream a ton of content from streaming apps you’re subscribed to. They give you the option to turn your old monitor or LCD TV into a smart feature with a ton of amazing features to keep you and the family entertained.

As long as you choose the right one, you’ll be able to enjoy your favorite shows and movies the way you want to. Hopefully, you learned a lot about what Android TV boxes are and how you can choose one for your own.

Don’t wait any longer and invest in an Android TV box now to reap the benefits it offers! Do you have any questions or want to share your knowledge and experiences on Android TV boxes, share them in the comments section below? All of your thoughts are much appreciated. 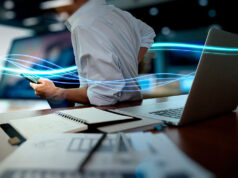 What Are the New Spectrum Deals in 2021? 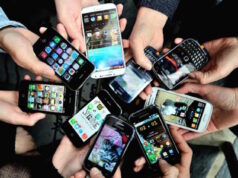 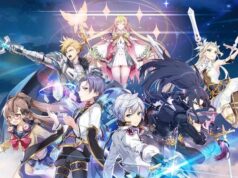 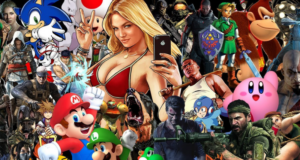 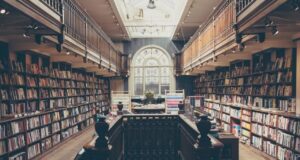