In the ever-changing world of laptops, we spoke to a repair expert in the field of Apple laptops and desktops. John is the owner and manager of the repair shop Mac Repair Nottingham over in the united kingdom. The shop was one of the first independent Macintosh repair shops in the UK so Johns is in an ideal position to fill us into the history on the famous computer.

Macintosh is a computer that revolutionized the computer industry. There is no telling where the industry would be today if it were not for the Apple company. The company’s first big break was in December of 1983 when their first commercial aired. It aired on a small insignificant station and cost the company nearly 1.5 million dollars, and it only ran a single time.

However, about one month later, that same commercial was run during the Super Bowl where millions saw it. The Macintosh computer then sold around 50,000 computers, which was a menial return on their investment. One of the reasons the company didn’t sell much was because the computers at that time cost around $10,000.

It was then that Steve Jobs and John Sculley started working together. Sculley was an accomplished CEO from the Pepsi-cola company. However, when Sculley finally agreed to take part in the Macintosh company, they found that Steve Jobs and John Sculley did not get along at all. Sculley booted Jobs off the Lisa computer project, but Jobs was determined to build a new computer that graphical user interface like the Lisa only at a more affordable price. However, the Lisa project proved to be a huge flop, and they went with Steve’s idea instead. The computer proved to have more sales and was more successful.

Fired From His Own Company

Steve Jobs was later fired from his own company by John Sculley in 1985. Jobs planned for a corporate takeover in China. However, the word got back to Sculley and everything failed. It was not until 1996 when Jobs was finally rehired by Apple. John Sculley was later fired as the CEO of Apple.

Steve Jobs continued working there until he had to resign due to his cancer. He died on October 5, 2011. What Jobs did for the computer world was he helped to bring it to the masses. Before this, computers were only relevant to scientists and sometimes they could literally take up a whole room. Something that most people would just consider inconvenient.

The history of the Macintosh computer and the company is one of a struggle for success. It shows how people who are persistent in life will triumph over their obstacles. Steve Jobs had a dedication and love for computers. When he came back to Apple he made it an even more powerful and successful company. 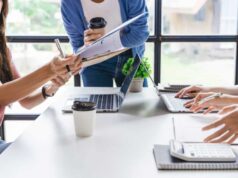 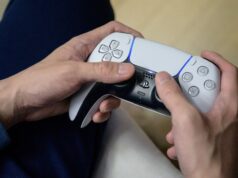