The Company sells its products in most of its major markets through its retail and online stores and its direct sales force. In addition, the company sells a variety of third-party Apple compatible products, including application software and various accessories through its online and retail stores. The Company also employs a variety of indirect distribution channels, such as third-party cellular network carriers, wholesalers, retailers and value-added resellers. During 2015, the Company’s net sales through its direct and indirect distribution channels accounted for 26% and 74%, respectively, of total net sales.

Very few companies in the world would have witnessed such a growth in their revenues and profits. These numbers prove a simple point that how focus on few world-class products can change the fortune of a company. Apple launched iPod in October 2001, iPhone in June 2007, iPad in April 2010, and improved versions of these products almost every year. These three products have contributed to majority of the Apple revenues over the past years. The competitors are not able to catch up. Why is it so? Why are Apple competitors not able to grow their revenues and profits at a similar pace to that of Apple?

Apple focuses on providing the best user experience and owns it completely. Apple designs and develops own operating systems, hardware, application software, and services. Then, it integrates them seamlessly to build easy-to-use products. Apple is not dependent on its partners for any technical breakthroughs. Apple innovates at its own pace.

There are so many companies in the world that are good at building hardware or assembling components. But, building robust operating systems to run on that hardware is difficult. Even more difficult is creating developer communities that write applications for those operating systems. Other personal computer manufacturers or phone manufacturers find it hard to to beat Apple in that.

The product differentiation helps Apple maintain a premium pricing. When combined with a low cost sourcing and product assembly strategy, Apple is able to improve the business profit margins. The increased profits provide investments for research and development and marketing and advertising to develop and sell innovative products.

To ensure a high-quality buying experience for its products, Apple continues to expand the number of its own retail stores worldwide. The stores are designed to simplify and enhance the presentation and marketing of the Apple products. The stores also offer a wide selection of third-party hardware, software, and other accessories that complement Apple products. The retail stores employ experienced and knowledgeable personnel who can provide advice, service, and training on Apple products. Apple retail stores are typically located at high-traffic locations in quality shopping malls and urban shopping districts. As of September 26, 2015, Apple had a total of 463 retail stores. 268 of those were in U.S. and 195 were in International locations.

Of the $233.7 billion of Apple total net sales in FY’15, $140.1 billion were the cost of sales. This resulted in $93.6 billion of gross profit and a gross margin of 40.1%. Apple other operating expenses were $22.4 billion. These include research and development expenses, and selling, general, and administrative expenses. This resulted in $71.2 billion of operating income and an operating margin of 30.5%. After interest and other non-operating income and expenses and income taxes, Apple had a net income of $53.4 billion and a net margin of 22.8%. 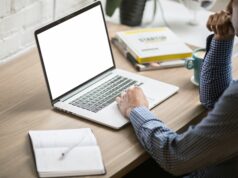 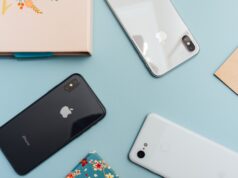 5 Common iPhone Screen Problems and How to Fix Them