Blockchain was initially invented to prevent all kinds of frauds that take place in digital currency exchange. With time, some of the companies have discovered that they can use Blockchain to protect their business files. This means that cases of fraud or use of third-party help are no longer needed. This article tends to explain how many businesses can combat fraud by using Blockchain.

Looking at other transactions handled by Blockchain, there is little doubt to state that fraud will be significantly reduced. With Blockchain, operations have become more straightforward and quicker to handle since it emphasizes both transparency and security, some of the major things that prevent and detect any malicious financial crimes. This is how the system works:

The use of centralization is one of the reasons why most companies are being hacked today. This is because hackers get all the information in one piece and it is up to them to utilize it as per their wish. One of the worst crimes was Equifax in 2017 that led to the loss of sensitive data such as tax IDs and drivers’ license’s details. In this hacking, it did not result from user behavior such as phishing links. However, it was as a result of a coordinated attack on the company’s databases.

With Blockchain services, a user’s data is not stored in one server. Instead, this information is distributed across a network of servers, making it less possible for hackers to get past all the walls. Although a lot of people are yet to adopt this system, it is expected that with time, people will know the benefits that come with it and endorse it as the only secure system for their data.

People who have made traditional contracts can tell you how difficult it is to solve disputes that come with it. In e-commerce, it is prevalent to come across friendly fraud. This is whereby sellers purposely send counterfeit products to buyers who made online purchases. In worst scenarios, these sellers fail to accept returns of these items, claiming that they were in good shape when they sent them.

Even if such disputes are solved by e-commerce platforms, consumers are more likely to suffer from financial losses and end up with a bad-quality item. With the use of smart contracts, it is elementary to verify and execute such agreements especially with the help of Blockchain-based RFID tags. This adds transparency to the Blockchain making the process transparent and authentic. The end user, therefore, gets what he ordered.

Millions of people have fallen victims of identity fraud since it is difficult to detect at first glance. If an individual fails to identify this kind of fraud, it becomes complicated fallen especially when one decides to get economic opportunities. For example, anyone who has experienced a bad credit score finds it very hard to get new opportunities such as receiving loans, taking mortgages, and anything else that requires a good credit score.

Blockchain system, therefore, comes in as part of the solution to eliminate issues associated with fraud identity and data misuse. Most of the Blockchain companies allow their customers to have full control over their data. This is different from other traditional systems whereby third parties have a way of handling users’ data. Having control of such data, consumers can decide the type of companies that can come across their risk score or any other kind of relevant data.

Fraud has become a major issue in the society today. With the invention of technology, a lot of hackers are taking every opportunity to destroy consumers in terms of financial records. This is the reason why Blockchain has come in to mitigate such issues by offering security to databases. The only way to remain safe is by trying Blockchain services since it works very differently from traditional systems. For more professional help on data back-up, check out ottomatik.io. 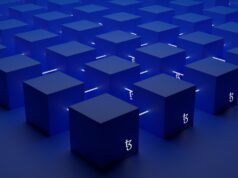 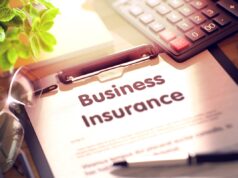 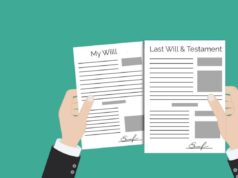 5 Ways Writing a Will Can Protect Your Business Assets