Car depreciation is affected by the number of factors and it is usually what are we most interested in when looking into selling our car and its value. Even though the market is constantly changing, car depreciation is in the range of economists’ interests who assess the consumer sector and the fluctuations in it. It is no surprise that this is so important because investing in a car is not cheap. After purchasing a home, it is the second most important investment a family can have.

Until two decades ago, people were not interested too much in the way used cars impacted the market and the economy. However, about that time it started becoming obvious that fast depreciation of the domestic models started becoming a big disadvantage concerning the profits. When we compare the numbers, it becomes obvious why the used cars have such a big impact. Around 45 million used cars are sold annually, while only 17 million new cars get sold. These are the numbers concerning the retail level.

On the other hand, there is also a wholesale level where the cars are sold online irrespective of the model, status or condition of the car. Thousands of transactions like these occur enabling the participation of insurance companies, dealers and third parties. Since there is a high demand for used cars last few years, the depreciation doesn’t occur as fast as expected. Also, it is important to keep in mind that when interest for a certain model of the car suddenly drops, the depreciation goes through the roof.

What impacts the depreciation?

Since we now realize that used cars and the drop in their value impact the market, it is important to understand better which factors influence their price. There are a few factors that impact the depreciation of the car and those are the mileage, the number of owners, the fuel usage, the model and the size, as well as the condition that the car is in. It is truly necessary to assess all these things when buying a car, but also to think about the way you take care of it, so you can keep the value as high as possible.

However, when despite your best care and investments in your car, it still cannot be in the condition you want it to be, then the only thing left to do is to scrap your vehicle. If you are interested to learn more about it, click here for more information. Your car can still bring you money even when you just want to get rid of it. It is the beauty of it. Then simply pick a new car and use the money you got. It will reduce investment significantly.

Aging electronics lose their value at the speed of light, everyone who has ever sold a smartphone or a gadget knows this. The same occurs with cars too. Packing too many technological features into the cars may be interesting at the moment, but it negatively impacts the market in the long run. Every feature that is now popular will soon be forgotten or outdated because the market keeps evolving. One piece of advice for the people who like to sell cars often is to stick to classic models rather than chasing the newest ones. It is like you are immediately giving away a large sum of money without the hope of ever getting it back.

Some experts even expect that a technology package that now costs $8,000 will drop to $900 in five years. This is truly radical and it should be taken into consideration. The reason for this is simple – manufacturers strive to offer new features every year to attract new customers and increase sales. However, even though this may sound lucrative for the auto industry, it really has a poor influence because so much money gets invested and not nearly as much is gained back. One simple example would be the way car stereos used to function. When one car stereo used to break down, the owner would simply buy another.

However, newer models have stereos integrated which means that the repair is harder and more expensive. Even though they are built to last for a certain period, the reality is quite harsher. It is not easy to say how will the depreciation occur in the future with all the used cars in general, the situation with electric cars is a little clearer. The degree of depreciation is slowly increasing and the customers are noticing this negative trend. This is the main reason why more people are leasing cars rather than owning them. It is a way to spend less than necessary over time.

Apple started selling subscription plans to its customers, so at a certain price customers should pay annually they get the opportunity of using the newest iPhones and exchange it every year. Car manufacturers seem to like the idea and implement it as well. We will see how will this reflect on the market over time. Since it is a new trend, it is hard to say in which direction it will go. Smartphones and cars are linked in many ways and there are new ways of connecting the two that are constantly appearing. Android Auto and Apple CarPlay are huge right now and this feature is not likely to go out of style any time soon.

As far as the predictions go, it is safe to say that the integration between technology and cars is progressing very rapidly. Even though this is very important for the users, it impacts the auto industry enormously. We will see what the future brings, but cars resemble smartphones more and more. People want to stay up to date and follow trends and it is fun and exciting, but if you are looking to sell your car, always keep in mind the percentage of the price drop that can occur in just a few years. 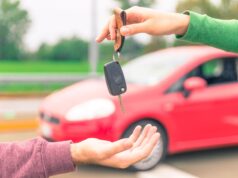 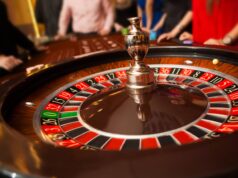 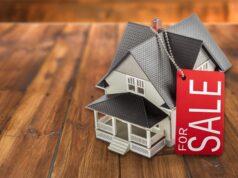