Home Business How Long Should It Take To Build an MVP?

A variety of factors determine the time-to-market of MVPs. But the general rule of thumb is to press for the shortest possible time frame. This helps you launch out successfully with minimal costs compared to bankrolling a payroll and other operational costs in a long-drawn MVP development.

The idea is to just get something out there in the world, and then build market momentum gradually afterward – not the other way around. It might surprise you to learn that this is the launching strategy that was used by industry heavyweights like Google, Facebook, and Twitter (the launch dates of these companies are hardly a thing, even among their most avid users).

In this dossier, we’ll help you determine the best timeframe for your launching your MVP. We’ll also show you tips to help you accelerate the product launch and also increase your chances of succeeding.

Here are a few things you can do to accelerate your pre launch developments and set the ground for a successful launch:

Talk to Your Users

Before you even begin doing anything, try talking to potential customers about your ideas. You’d be surprised to learn how many startups wind down even before they interact with their first customer.

Talking to potential customers first puts you in a much better position to succeed because you’ll get a good reality check for all the lofty ambitions you may have about your product or MVP.

There are basically two types of MVPs – lean and heavy. Most MVPs fall in the former category – sometimes a heavy MVP can be stripped down to a lean MVP. Here’s all you need to know about launching each type of MVP successfully:

hre
In some industries, you may not have the liberty to launch a lean MVP. Here are a few of those:

Nonetheless, in many of these instances, you can launch your MVP with a simple website that explains your solutions and ideas to pitch investors.

Here are some expedient tips that’ll help you accelerate the time-to-market of your MVPs:

How To Launch Out Successfully

With your MVP locked and loaded within the targeted time frame, you can then think of launching out to get feedback. Here are a few that will help you launch successfully:

Not all successful launches follow the pattern of big launches that get lots of press coverage and generate lots of buzz. That wasn’t the case with industry giants like Facebook, Google, and Twitter. Launches aren’t supposed to be spectacular. The most important thing is to get customers first.

Dropbox launched successfully with just three beta testers. You should target getting a few customers first. As in Dropbox’s case, what you’ll learn from them might be just what you need to build a product that millions of people will buy into.

Give Customers a Product to Play With

Your initial users must find it interesting to play around with your MVP. They’ll develop interest if they believe that they’re more likely to solve their pressing needs if they participate and provide feedback.

Iterate as many times as necessary, focusing on how to resolve your user’s feedback and solve pressing problems. Recreate your MVP until your solution solves a problem. 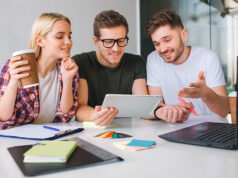 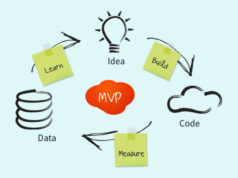