Home Technology How Semiconductor Tech Changed The World Of Business

Semiconductors at first were just an idea in the 1950s, so electronics could be made much smaller and with that become much cheaper because of the reduced need for rare earth materials. Semiconductors, or more specifically integrated circuits, are what sped up the development process of your society and pushed us into the digital age. With such a fast advanced into a new age of technology, there have been millions or even billions of opportunities to build new businesses, brands and to develop even more technology. As we went from giant room-size computers which could handle semi-complex calculations then to computers that could do simple tasks as browsing the internet or typing up a quick e-mail, today our computers and phones are able to do a lot more than that. Thanks to Geoffrey Drummer, who first got the idea of semiconductors and Harwick Johnson who finally realized that idea, today’s business can be done at the click of a button or at the press of a finger. With the power we have in our pockets (our smartphones), we can easily work from home, progress our business and build our brand. You need to have a serious meeting with your board members, but you are not at the office? Just sit down at home and prop up your phone’s camera and let the meeting begin. Did you forget to send that important document that is over 10 gigabytes to your colleagues? Well, thanks to semiconductors, we have reached a point where we can easily store over hundreds of gigabytes in just a tiny SD card and the power to process that kind of information.

If you want to know more about semiconductors, it is future, how they are manufactured and more, we recommend that you check out tsmc.com.

Let us imagine a world where semiconductors still haven’t caught on. Could you imagine a world where your business can strive without Samsung, Microsoft, Apple, AMD, Intel or Google? You probably can’t, because most of us use Windows on our computers, we use Apple or Samsung devices to have easy access to the information we want, we use AMD or Intel processors to power our systems which can handle anything you throw at them and we use Google to access a database filled with almost infinite information. This is all thanks to the development of semiconductor technology throughout the year’s

Another great thing about this technology that we use on an everyday basis is that while the processing power of the semiconductors doubles almost on every single year, the manufacturing process and the cost for it is reduced. However, a lot of scientists and CEOs of big companies such as AMD, NVIDIA, TSCM, and Intel believe that there will be a moment where the improvement of semiconductors will be hindered because of physical limitations. Luckily, we still have not reached that point which Gordon Moore warned us 60 years ago, so we still have the time and resources to get over this limiting hurdle. We hope that such boundaries will be easily removed in the future. 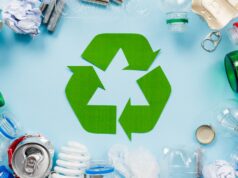 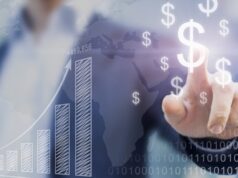 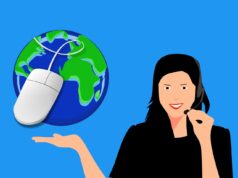