A Brief History Of Time Warner

Before we get into the details of Time Warner business model, let us take a quick look at the key events in the history of Time Warner.

Time Warner classifies its operations into three re portable segments:

The following diagram shows the key elements of the Time Warner business model. It shows key offerings of the different business segments, the type of customers that they serve, and the types of revenue that they generate from those customers. The details of these elements are presented in the sections below.

In addition, Turner manages and operates sports league digital properties in conjunction with associated television rights, such as NBA Digital and NCAA.com.

HBO and Cinemax programming is available in the U.S. to subscribers of affiliates for viewing on its main HBO and Cinemax channels and its multiplex channels, through Home Box Office’s on demand services, HBO On Demand and Cinemax On Demand, and through Home Box Office’s streaming video-on-demand services, HBO GO and MAX GO. HBO GO and MAX GO are available on a variety of digital platforms, including mobile devices, gaming consoles and Internet connected streaming devices and televisions.

Home Box Office’s agreements with its domestic affiliates are typically long-term arrangements that provide for annual service fee increases and marketing support. The fees to Home Box Office under affiliate agreements are generally based on the number of subscribers served by the affiliates.

In the television production and distribution business, the company produces several original television series throughout the year and licenses them to broadcast networks, basic cable networks, premium pay television, SVOD services, and first-run syndication. The company also licenses the programming rights of its U.S. original television series in international territories. Outside the U.S., Warner Bros. has a global network of production companies in 16 countries (located across Europe and South America and in Australia and New Zealand), which allows them to develop programming specifically tailored for the audiences in those territories.

In the home entertainment and video game business, the company generates revenue from the distribution of television and theatrical product in various physical and digital formats (e.g., electronic sell-through (EST) and video-on-demand). In addition, the company generates revenues through the development and distribution of video games, including mobile and console games. Its video games are based on intellectual property owned or licensed by Warner Bros.

Of its total revenues of $5.6 billion, Home Box Office generated $4.7 billion from subscription and $0.9 billion from content and other.

Of the $28.1 billion of Time Warner Inc total revenues in 2015, $21.3 billion were the costs of revenue and other operating costs. These include: programming costs for acquired films and syndicated series; programming costs for originals and sports; film and television production costs; merchandise and related costs; selling, general, and administrative expenses; depreciation and amortization; restructuring and impairment charges. This resulted in $6.9 billion of operating profit and an operating margin of 24.4%. After interest and other non-operating income and expenses and income taxes, Time Warner had a net profit of $3.8 billion and a net margin of 13.6%.

Time Warner’s largest segment in terms of revenues is Warner Bros., but its operating profit is the smallest. Turner is the most profitable business segment. During 2015, 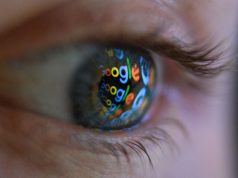 Google vs US Media Top-10