Public speaking involves speaking in front of a large audience with the intention to convey ideas and convince or motivate the audience. Thus, press release events, board room conferences to speeches delivered at mass rallies are all examples of public speaking.

Most people are involved in some or the other form of public speaking in their lives. However, irrespective of the number of times that they spoke before the public, they feel scared to face the public. Public speaking can be intimidating because the speaker becomes the centre of attention; hence all his actions and failures can get judged in the minutest detail.

If people are scared to speak before a large audience, they can seek help from professional trainers. There are organisations like speakwithimpact.com that offer a public speaking course that can boost people’s confidence levels when speaking in public.

Why Is Public Speaking intimidating?

Even the most experienced speakers are intimidated when they speak in front of a large audience. Things that are said in public and the mistakes that are committed before them are not forgotten easily. Thus, people fear that making mistakes can impact their image or put their careers at stake in the long run.

Prepare Mentally For The Event

The biggest reason why people fear making appearances and speaking before a large public is anxiety. Since people are not used to being the only speaker in the room, these situations are unfamiliar. Also, they are not used to listening to their own voice out loud that too through a microphone.

The best way to deal with the anxieties and insecurities is to face them upfront. Once a person realises that making mistakes is alright, the entire process becomes much easier. Knowing that occasionally tripping on the microphone wires can be forgiven by the audience reduces stress levels. Being mentally prepared to see a large crowd, to hear one’s own voice, the echoing of the microphone, etc., help to calm down nerves.

Paying attention to the educational levels, age group, economic background, and cultural milieu of an audience is crucial in writing up a good speech. A talk for a corporate audience will include formal words and corporate jargon. At the same time, a speech prepared for school children must be easy to understand and fun to hear. When the speaker is fully aware of the cultural milieu of the audience, then cracking a local joke can lighten the milieu and make the talk more interesting.

Work On The Minutest Detail

To be fully prepared, one must take care of even the minutest things like the venue of the event, the microphone system, the acoustics of the room, the culture of the audience, etc. If a projector is to be used, checking out the projector’s working, changing slides in a presentation, etc., should be checked a few days in advance. If the talk is to be given in an open arena, people should carry a bottle of water.

Even the clothes and the shoes that are to be worn should be in sync wikth the event. People will start judging the speaker if he turns up in loafers at a formal event. Likewise, if the occasion is a mass rally, a formal suit and a tie might cause the audience to feel a sense of disconnect with the speaker.

Have Enough Time To Prepare

Practising the speech and recreating the situations are the best ways to deal with anxiety and performance pressure. A group of friends can be asked to listen to the talk, or a camera can be used to video-record the speech. Speaking in front of the mirror is also a good way to improve posture and hand movements while talking.

When people practice enough times, they develop faith in their own abilities. They get to know where their weak points lie. For instance, if someone always gets stuck in a certain line or paragraph, the line can be changed to make it easy to remember.

Taking professional help to improve presentations, diction, and voice quality which can greatly improve the quality of the talk delivered. When the speech is to be delivered in a foreign language like English non-native speakers might be uncomfortable with the pronunciation of some words. In such cases, a language coach can be of great help.

Be Ready To Take Feedback

Thus, instead of feeling disheartened by criticism, the weak points should be worked upon to improve them. There should be no hesitation in rewriting or editing the message if the purpose is not being served.

The interest has numerous videos of great talks given by leaders, motivational speakers, etc. the TED talks can be seen to emulate the ways in which speakers convey their messages succinctly in a way that the audiences can relate to.

Speaking well in public has great potential and has been used since times immemorial to win elections, stir up revolutions, and also to restore peace. Presently, good public speaking abilities help people get the next raise and promotion. However, speaking well is not restricted to narrow professional goals. It can boost self-esteem, motivate others, and can be a great learning experience.

The fear of public speaking can be dealt with effectively with good coaching, practice, and accepting the fact that everybody makes mistakes, and it is alright to make them as long as they are used as a learning experience. 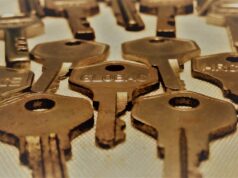 The Importance of Understanding the Job of Locksmiths 5 Tips on How to Increase Sales in Your Online Store 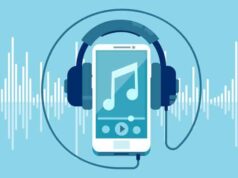 Can You Advertise Your Business on Spotify?