Home Industry 8 Industries That Rely on Devices with PCBs 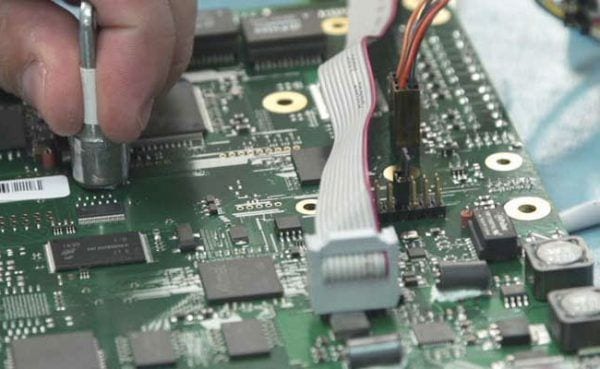 Printed circuit boards are vital parts of electronic devices in all types of industries. They are practically ubiquitous, yet thought of very little. The devices that use them would be nothing more than expensive boat anchors or door stops without them.

Let’s take a closer look at the devices that rely on PCBs.

According to Svtronics, this growing market consists of everything that people use in their daily lives. Mobile phones, TVs, coffee makers, cameras, microwaves, and personal computers all rely on PCBs to do their jobs with speed and accuracy.

Manufacturers of consumer devices need PCBs that are small and fast. They also need to be affordable so that they can sell mass quantities at prices consumers will buy. The boards need to be reliable so that their customers will remain loyal.

Consider the sheer number of devices that now use PCBs that didn’t before, like cameras and kitchen appliances. These smarter devices have PCBs that allow them to work faster and in more useful ways.

Today’s vehicles are loaded with PCBs that make them run more efficiently and more safely. PCBs in vehicles are highly specialized because they have to endure extreme weather conditions and bumpy roads. The manufacturers often build them with laminates that withstand extreme hot and cold, as well as excessive moisture. They also use more metals and a process called thru-hole mounting to keep the components more firmly in place.

Automotive PCBs are used in several areas of every vehicle. They manage sensors that let drivers see what is in their blind spots. They also help control the engine and fuel use. Entertainment centers and navigation controls also use PCBs to get their jobs done. The fully autonomous vehicle is loaded with even more PCBs, proving that the two industries must work seamlessly together.

The world of safety and security is another that is on the move. Automation and robotics are taking security and safety to the next level, as robots are now patrolling parking lots, and drones can check on stacks at chemical plants. None of this would be possible without highly advanced PCBs.

Even though the safety and security industry is moving to robots and artificial intelligence, there are still low-tech devices that rely on PCBs. Nearly all modern security cameras have PCBs. Smoke detectors and other similar safety devices also have PCBs in them; you might be able to see them when you replace the batteries every six months. Security systems that use motion detectors or automatic locks also have PCBs.

Like the safety and security industry, the medical industry is becoming more automated, too. Medical offices and hospitals rely on computers and devices for regular tasks. PCBs are commonly found in devices that monitor, diagnose, and treat patients in all types of specialized care.

Remember, your smartphone would be useless if it couldn’t connect to the cell phone towers that dot roadsides all over the world. This type of equipment relies on PCBs to help keep the world connected.

The PCBs used in cell phone towers need to be able to withstand fluctuations in the weather, while others are kept in controlled indoor environments. Like the PCBs used in personal electronic devices, the ones used in telecommunication infrastructure need to be very reliable. If they stop working, it isn’t just one person who is affected.

The technology used in telecom infrastructure is constantly changing, so the PCB manufacturers must keep up with the latest updates. There is no slowing down this industry, and printed circuit boards are behind all of it.

If you do not work in an industrial setting, you might not realize how common PCBs are in this industry. So much of the industrial work depends on electronic components, and those components always have PCBs in them.

The PCBs in the industrial world needs to be able to do highly specialized jobs and withstand the tough conditions in and out of the plants and facilities. They must be able to withstand chemicals, vibrations, and temperatures. The manufacturers who make the PCBs use thermal-resistant materials and make the boards thicker than those used in the commercial and residential devices.

The devices that rely on PCBs often are inside of power tools, heavy equipment, measuring devices, and industrial robots.

This industry is also loaded with PCBs. Nearly all vehicles that fly, like airplanes, rockets, and satellites, rely on PCBs to do a plethora of jobs. Like the PCBs in the automotive and industrial industries, aerospace PCBs also have to withstand extreme vibrations and temperature conditions. Their durability is an absolute necessity. They also have to be lightweight, as most aerospace vehicles have strict weight restrictions.

PCBs are in the power supplies, the control towers, and all monitoring equipment. They are also important in the equipment used to communicate with ground control.

With so many environmental issues about incandescent bulbs, more people are turning to LEDs or light-emitting diodes. This technology cannot function without PCBs, and the boards must be small. These little devices are becoming ubiquitous in all types of industries, including medical, safety and security, aerospace, and automotive.

Most LED PCBs are made of aluminum so they do not overheat under the extreme conditions and small spaces. The PCBs also keep the heat away from the small bulbs in the device, too. The PCBs in LED systems help power the lights. They also help the lights know when to turn on, especially when they are used as warning lights in the medical or automotive industries.

From obvious to more disguised examples, PCBs are used in so many aspects of our everyday life. What is a surprising way you’ve heard of printed circuit boards being used?

Financial Effects After a Car Accident

Replication vs. Backup: Top 11 Differences and The Importance for Your...

Benefits of Listening to Music While Working – 2020 Guide

Tips and Tricks to Save Money on a Rental Car in...

© Revenues and Profits 2020
We use cookies to ensure that we give you the best experience on our website. If you continue to use this site we will assume that you are happy with it.Ok