Cryptocurrency mining has been going on for quite some time, for over 10 years. Many are wondering whether it is as profitable to produce it as it used to be or whether the need for it has fallen. After all, it used to require much less investment, the simplest equipment, such as even a home computer. For example, you would want to start mining today, but is it profitable? Especially when you consider that this year bitcoin prices were unstable and profitability dropped to a monthly low.

In this article, we’re going to look into this interesting question in detail. Let’s look at the very essence of mining and what it is because that is half the answer. Besides, you may find some information that concerns the crypto-industry in general use, so let’s get started.

Cryptocurrency is a digital or virtual currency that uses cryptography for security. A defining feature of a cryptocurrency, and arguably its biggest allure, is its organic nature; it is not issued by any central authority, rendering it theoretically immune to government interference or manipulation.

Bitcoin, the first and most well-known cryptocurrency, was created in 2009. Cryptocurrencies are decentralized; they are not subject to the laws or regulations of any country or jurisdiction. Bitcoin is also pseudonymous; unlike traditional currencies, there is no need for a third party to verify or facilitate transactions. Transactions are verified by network nodes through cryptography and recorded in a public dispersed ledger called a blockchain. Bitcoin nodes use the blockchain to differentiate legitimate transactions from attempts to re-spend coins that have already been spent elsewhere.

Cryptocurrency is often associated with illegal activity, such as money laundering and drug trafficking. However, this is only a small part of the overall market. Cryptocurrencies are also used for legal purposes, such as online shopping and international money transfers.

What Is Bitcoin Mining?

Bitcoin mining is a rather complex process by which bitcoin is verified and written into the blockchain. This continuous chain of blocks can also be said to be a kind of huge ledger.

It contains all the records of transactions. Unlike conventional databases, you can’t change or delete these records, you can only add new ones.

The process itself is carried out with the help of special equipment, which has enormous computing power. In other words, the miner has to solve a very complex mathematical problem and find a single hash out of millions of combinations. Of course, this is not done for nothing, the first one to do it gets the reward. But, as we have already written, it is now impossible to do this on a home computer, because the processing power required must be enormous. That is why crypto hosting is the best way to mine bitcoin at the moment.

The cost of Bitcoin mining is a major factor in whether or not it is profitable. The cost of electricity, for one, is a major expense. In addition, the cost of the hardware and software needed to mine Bitcoin can be quite high.

Another factor to consider is the difficulty of mining Bitcoin. The difficulty level is constantly changing, and as it increases, it becomes more and more difficult (and therefore less profitable) to mine Bitcoin.

Finally, the value of Bitcoin itself is a major factor in profitability. If the price of Bitcoin goes down, then it will take longer to recoup the costs of mining.

How Mining Profitability Changes and Why

Bitcoin production is a bit like mining natural resources. When asset prices go up, more computing power is required and mining becomes more difficult. In fact, bitcoin is now even difficult to mine with GPUs, whereas not so long ago it was quite easy. GPU miners use the processing power of graphics cards to mine cryptocurrencies. Nowadays only specialized hardware, called ASIC is used for bitcoin mining.

ASIC miners are purpose-built machines that are designed for mining Bitcoin. They are much more powerful than your standard desktop computer and can mine Bitcoin much faster.

You will also need to have access to a reliable power supply and cooling system, as ASIC miners generate a lot of heat when they are running. If you want to mine Bitcoin on a large scale, you will need to invest in a sizable mining operation with multiple ASIC miners.

Another type of mining equipment that has become increasingly popular in recent years is FPGA miners. FPGA miners are similar to ASIC miners in that they are purpose-built devices designed specifically for mining cryptocurrencies. However, they offer a number of advantages over ASIC miners, including higher flexibility and lower power consumption.

But in addition to the price of the cryptocurrency itself, you also need to consider other factors. One of the main ones, of course, is electricity. After all, it now takes approximately 1,449 kilowatt-hours (kWh) of energy to mine one bitcoin. Thus, we can immediately note that the more expensive electricity becomes, the less profit is made by miners.

Also, because of the increasing complexity of bitcoin mining, it requires equipment that needs to be maintained, repaired, and monitored. This will require a lot of investment, and not everyone can afford it. Even if you use the services of a mining hosting company, you will still have to spend for these services. But despite this, the return you get is not small, so it is worth it.

We’ve mentioned mining hardware a lot, but now it’s time to take a closer look at it. It is one of the main factors in profitability. It is reported that the prices of specialized bitcoin mining chips are now down about 60% from their peak in 2022. This will allow more people to get into the business, and it will make it easier for those who have been in it for a long time.

In addition, it is noticed that when the price of bitcoin falls, less effective people stop doing it, which reduces the total number of miners. Thus, the more efficient miners start earning more. This, by the way, is one of the main reasons why home mining is inefficient today.

The profitability of bitcoin mining is determined by the hash price, which is measured in dollars per terahash per second for the last 24 hours, in other words – USD/TH per second per day. This calculation includes the complexity of the network, the Bitcoin price, the Bitcoin blockchain subsidy, and transaction fees.

Crypto mining continues to flourish and is not going to slow down. It is developing, and new technologies and equipment are being integrated into this business. Some people are scared because of the volatility of bitcoin, but this has not affected people’s desire to continue in this business. Yes, now the entry threshold is much higher and requires certain knowledge and investment, but the reward is immediate.

However, it is important to keep in mind that the difficulty of mining will continue to increase, which may offset any advantage you have in terms of lower costs. Ultimately, whether or not Bitcoin mining is still profitable in 2022 will come down to a number of factors, including the cost of electricity and the efficiency of your mining rig. 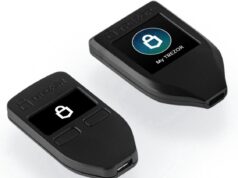 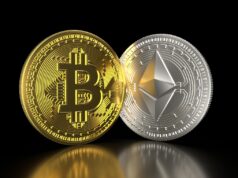