In a world where every business is heavily dependent on technology and computers, hiring an IT service can be a huge benefit if your goal is to grow and expand without any complications. Even if you happen to be a person from the older generation, chances are that you’ve already understood the importance of having IT support at all times.

Here’s what’s interesting about this topic. A lot of people will neglect the importance of IT support in something such as a Law Firm, simply because their job has nothing to do with computers and technology. However, this is not true at all, and we’re here to explain why.

Even if it’s a law firm, it has at least a few computers in it, right? Well, computers mean that every once in a while, something will go wrong, either with the hardware of the software. If you’re relying on just one person to fix these things whenever they happen, you’re doomed. If you have an IT Guy in your firm, chances are that they won’t be physically there are all times, waiting for a problem to happen just so they can solve it. Which means that after a problem happens, you’ll have to wait for the guy to come there, while in the meantime, your computers are out of reach, losing god knows how many customers as each hour passes by.

With IT services, however, it’s an entirely different case. They don’t have to be physically there to solve a problem, because almost all professional IT service company nowadays uses a monitoring software, along with a remote control one, which allows them to fix your problems from their headquarters.

IT Services are not just there for fixing problems, they also help you with many other things that not a lot of people consider important. One of those is improving reliability and performance. Whether it’s an optimized website, lightning-fast servers, completely optimized computer systems, or secured sensitive data, all of those things are of great help to your law firm. According to Tektonic Managed Services, a Law Firm is probably one of the few examples in which a security breach cyber-attack can be fatal. Legal files and other things of that nature are nothing to play with, and if you end up losing them or they end up being leaked somewhere on the internet, your entire business will be ruined, and you might even face many lawsuits against you.

Many internet security experts say that as each year goes by, the number of hacker attacks increases and people should start investing in internet-security a lot more than they do now. If you happen to be someone who owns a Law Firm, we advise you to take a look further in something like this because it’s necessary for your success.

Managed IT Services will not cost a lot, and they all have a fixed monthly plan that you can subscribe to. Unlike an IT guy, they won’t be charging you different amounts every time something goes wrong, so there’s nothing to worry about in that aspect. Reasons Why Managed IT Services Are Here to Stay 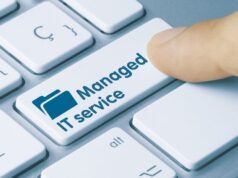 Is a Managed IT Services Company Better than Keeping it In-House? 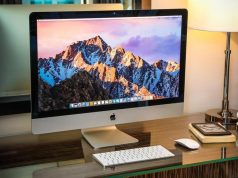