Accidents and injuries in a workplace happen quite frequently. In fact, according to official stats, US companies spend over 60 billion dollars each year compensating for those injuries and accidents.

More often than not, workers’ compensations claims are nothing to stress about. However, sometimes even the courts get involved, which could be a valid reason why the overall amount of money spent on settlements is that high.

However, the more likely reason why this number is so high is that there are laws put into place that regulate this thing, preventing employers from avoiding paying the compensation. Being informed on these laws, rules, and regulations could be the thing that decides whether you end up with a settlement or you file a lawsuit and go to court to fight for one.

Now, lawsuits are expensive – for both sides. Neither employees nor employers want to go to court, more so employers, because losing these cases usually means losing a lot of money.

On that note, we’ve decided to come up with a mini-guide that will tell you all you need to know about workers’ compensation claims and lawsuits – whether you’re an employee or an employer.

Most Of The Damages Are Covered By The Insurance

In order to protect both employees and employers from possible devastating financial losses and all the other risks workplace injuries and accidents carry, almost every state within the US requires businesses to carry worker’s compensation insurance.

An insurance policy like this one protects both parties in the event of an accident by covering injury or accident-related medical bills, recovery and physical therapy expenses, a portion of lost wages, and disability benefits. There are some other, minute things that this insurance policy also covers, but the four we mentioned are the main ones.

Filing For A Workers’ Comp Is Simple

One of the things people are led to believe is that filing a claim is a complicated and tedious process. In fact, it is quite the opposite. Filing a claim is pretty straightforward and simple if done correctly.

However, in order for all of this to go smoothly, both parties must be equally responsible, as they both play a significant role in this process. We’ll outline the main ones now.

Employee Has To Report The Accident As Soon As Possible

For an employee who has suffered an injury or was in an accident during work hours, the most important thing is to react quickly. The accident must be reported to the employer as soon as possible.

Otherwise, they are risking losing the right to file a claim. Usually, the deadline for reporting an accident is about 30 days, but we’d suggest reporting it within the first 48 to 72 hours.

Employers Must Do Their Due Diligence

As an employer, your duty is three-fold. You have to make sure that the employee gets immediate medical help. By immediate, we mean as soon as you find out about the injury or an accident.

Next up, you have to conduct an official investigation of the accident. An investigation could require conducting interviews, collecting witness statements, and providing sufficient evidence that supports the compensation claim.

Finally, you’re the one that must file the claim with the insurance policy – not the injured party. You will have to be the one providing the insurance company with the necessary documentation. As to which documentation will be required, it is best if you consult with a legal professional. Keep in mind, we’re just outlining the basics – we’re not giving legal advice. For that, you’ll have to contact someone like Levitt LLP.

A Claim Could Be Denied

It is not uncommon for insurance providers to deny a claim for workers’ comp. Contrary to popular belief, insurance companies aren’t there to help anyone – they exist for the sole purpose of making money, just like any other business.

That aside, an insurance company won’t be able to deny a claim without sufficient evidence. More often than not, insurance companies will deny claims if the injury has been self-inflicted or was caused by fighting or negligence.

Also, it sometimes happens that an insurance company denies a claim if it has happened during the commute to work. Finally, if the accident happened while the injured was under the influence of drugs or alcohol, was committing a violation of company rules, or was conducting a criminal activity – a claim will most certainly be denied.

You Can Appeal A Denied Claim

It is perfectly within your rights to file an appeal if your compensation claim was unlawfully denied. In fact – it is encouraged.

The thing is, most people don’t end up doing this because they don’t know the law or are scared to approach an attorney, thinking they will have to pay a lot of money upfront for anyone to handle their case. However, that is not true.

In these cases, most lawyers will work for a contingency fee, meaning they will only charge you if they win the case. If not – you won’t lose any more money.

You Can File A Lawsuit If You’re Denied A Compensation

It is not uncommon for employers to try and weasel out of paying a compensation fee. If that is the case, you should definitely hire an attorney and file a lawsuit against the company.

Most of the time, a lawyer will go through the details of your case with you, and they’ll research the company’s bylaws to see if there is anything stopping you from filing a claim (a deadline, lack of medical documentation, etc.), and if they find that everything’s in order – you’ll move to court.

As was the case previously, most lawyers will work for a contingency fee, so you don’t have to worry about expenses until the case is over.

There Are Multiple Ways To Get Paid

When it comes to claiming the funds, there are several different ways in which you could receive them.

If you win a lawsuit, that’s usually in the form of one large lump sum payment. However, even if everything goes smoothly and you get your compensation through a regular process, you might still get a lump sum.

In addition to that, you could end up with a structured payment that would pay your smaller increments over time.

Naturally, this is not all there is to it. There are loads of other things to know about a workers’ compensations, but we feel like these eight should paint a pretty clear picture. 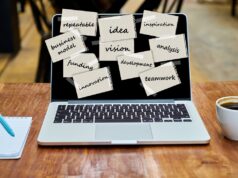 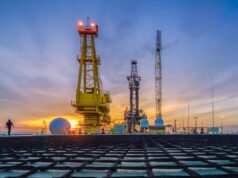 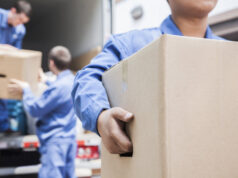