Home Internet 5 Most Damaging Cyber Attacks and How to Stop Them – 2023...

Travel back in time a mere 20 years and it would be hard to imagine the way the Internet has shaped our lives over the past twenty years. Digital technology has revolutionized the way we do business, shop, communicate, work, date, listen to music, watch television and movies, bank, and invest. While all those changes have allowed us to do things faster and more accurately, it has also given rise to the persistent threat of a new kind of criminal – those who perpetrate cybercrime on unknowing victims every minute of every day.

Cybercrime invades every environment of our online existence and works with ruthless efficiency for a number of reasons. One of the main culprits is the ignorance of people about what cybercrime looks like and how it works. Others fall victim to these 21st-century criminals and their schemes because they simply do not believe they can be affected, at least until it’s too late.

There are two remedies for this crime wave that vastly surpasses all the rest in their effectiveness as well as peace of mind. The first is to invest in quality malware protection for any and all Internet-capable devices you own. Cybercriminals do not care if you are using a Windows system or a Macintosh; a Chromebook or an iPad; an Android or an iPhone – they are constantly hatching schemes and launching programs designed to take advantage of your gullibility, but even more so your own lack of knowledge. The good news is that there are lots of choices when it comes to finding a quality protection plan for any or all of your devices. Deals on antivirus software from SafetyDetectives are easy to come by and can save you money while also protecting your system.

The second remedy is to arm yourself with the kind of knowledge that helps you identify the major types of cyberattacks and fight back against them – by protecting yourself and your data and by recognizing the warning signs. The following five cyber-attacks are responsible for an overwhelming majority of crime on the Internet.

A clever play on words for hackers, but a disaster for victims, especially those who are suckered into this crime on the job. Even though this type of scam has been around for more than a decade, it is still one of the most effective because it plays on people’s willingness to believe anything they read and to fear. Phishing is the cunning way that cybercriminals steal credentials from individuals by luring them into revealing valuable information, logins, and passwords. Many phishing attacks come via email and will attempt to emulate email sources that people are familiar with. For an individual, this might be an email created to look like it is from your bank, or perhaps a website you use a lot such as Amazon or Paypal. The false email will claim that something about your account is off and that you need to visit a link and enter information in order to confirm your identity or set some other matter right.

Clicking on the link provided will take you to a fraudulent website designed to look like the same organization that the false email pretends to be from. There, the unknowing victim will be asked to enter their login and password for a site, or some other personally identifying information such as their social security number, an account number, their driver’s license number, their address, phone number, etc. Whatever it is, it will be used against them as soon as it is entered. Oftentimes, these phishing scams go over companies with the idea of stealing valuable information such as the credit card numbers or other personal information of customers, proprietary information, or to hack into email accounts of company officials for the purpose of stealing valuable data, revealing secrets, or simply embarrassing them in public forums.

Good quality anti-malware packages will have filters that recognize phishing emails and send them to your spam or trash folders before you ever have a chance to see them. The danger often comes in the fact that modern-day phishing criminals do not merely resort to emails, but will send these dangerous messages to a person’s smartphone via text messages, through other forms of direct messaging, and via social media messages.

Before the Internet, a thief’s best move was to steal a person’s checkbook, credit card, or debit card and start buying as much as they could before the fraud was reported or they were caught. The era of online banking and credit cards, not to mention having so many transactions authorized online, means that stealing credit cards and debit cards is rather a bit of ancient history for plenty of criminals. If thieves can get ahold of your personal information – they can not only pretend to be you via your financial accounts, they can create new ones and start charging them without you even knowing it. Imagine the horror so many people have felt when they get a bill for a credit card they did not apply for that is full of charges they cannot afford.

Online harassment takes many forms, all of them ugly. It has become especially dangerous for young people, who use it to bully one another to the point of actual harm. There have been many reports of children dropping out of school, harming themselves, and in a few cases taking their own lives as a result of online bullying. It also consists of threats that people send via email, text messaging, or social media. Like many other components of the Internet, harassment was something that was not predicted and took considerable time for the laws of many countries to decide how to deal with its perpetrators.

Coming from the same dark place as online harassment is cyberstalking, where one person uses social media, illegally-installed monitoring software, and other programming hacks to track another person’s online activity; this can include anything from what they are doing on social media, where they are at a given time – using a smartphone’s GPS capabilities, viewing their Internet search history, and seeing who they interact with.  Like harassment, it is a serious crime with serious consequences and should be reported by anyone experiencing it.

If cyberstalking means tracking a person online, invasion of privacy is the egregious step forward into breaking into someone’s device by stealing their password, reading their emails, accessing their personal accounts, and more. Invasion of privacy was a crime well before the Internet became commonplace.

All of these cyber attacks are dangerous, unwarranted, and illegal. More importantly, with the right preparation and antimalware assistance, they are also all preventable. 4 Biggest Cybersecurity Threats And How To Protect Your Business Data 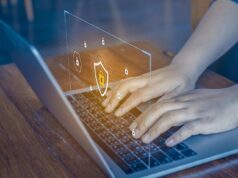 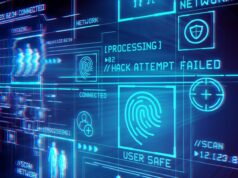