What is a Minimum Viable Product?

A Minimum Viable Product or MVP is a new product built with just the basic features for early users. The users can explore the product with its minimum features and functionalities and, based on their experience, can suggest improvements.

MVP is a product development technique using which developers save themselves the time and effort of adding more features, in case they are later found to be unnecessary.

Based on the initial feedback, the developers can release the final product with the features that consumers want. MVP is an agile methodology that aims at minimizing waste and helping the business pivot as required to deliver maximum value in less time.

The minimum viable product definition can, in fact, be derived from the name itself –

How is an MVP different from a prototype?

The minimum viable product definition itself sets it apart from a prototype. A prototype is only a representation of an idea. It can be called a wireframe structure of the product that you are going to build.

It does not necessarily have any of the functionalities you want to include in the final product. An MVP is a functional prototype. It is an interactive, fully-functioning product, albeit with minimum use.

An MVP is a tool for early market entry and helps you get the pulse of users. A prototype is usually meant only for internal use or for some of your stakeholders, such as investors, partners, or vendors.

What is the purpose of releasing a Minimum Viable Product?

The purpose of an MVP is simple – gaining as many validated inputs on the product from users as possible. This concept of releasing minimum viable products was popularized by American entrepreneurs Steve Blank and Eric Ries as part of the Lean Startup methodology.

They believed that a minimum viable product could derive maximum learning with minimum effort. Imagine releasing a full-fledged product with complete features and functionalities, only to learn later that consumers didn’t need most of those features but rather preferred something else you did not add. An MVP saves you from this wastage of time and effort.

So, to summarize it, the purpose of a minimum viable product is to –

The MVP helps the decision-making process in a business and helps make it more agile.

Benefits of a Minimum Viable Product

Some major benefits of releasing a minimum viable product for a business include the following.

Gives direction to the product vision

Every new product is developed with a vision. They have some goals and expectations for the product. And the only way of knowing whether their vision is going in the right direction is to find out from direct users themselves

A minimum viable product helps them gather this necessary feedback that tells them if their goals are realistic and achievable. User feedback on the MVP gives the product development team a direction to follow. You can check out Userwell.

According to a survey by Barclays, 82% of SMEs and large enterprises have benefited from customer feedback. So feedback in any form is always welcome in business.

Determines the cost-effectiveness of a project

Building a new product undoubtedly requires some huge investments. How the product is received by the target market decides whether it is economically feasible. If the MVP itself could not break the ice with users, investing more in the complete product may not be a good decision.

On the contrary, if the MVP is received well, developing the full product could shoot their profits up. So a minimum viable product is a way of gauging the cost-effectiveness of the whole project.

The financial planning for startups can be a bit tricky. The idea of MVP is to avoid the risks associated with early-stage projects. The minimum viable product is a great way to quickly test your idea and see if there’s anything worth working on. It can also give you some direction for what will come next in the process since it shows whether you have found your perfect match between need and solution. Visit this site to find out more about building an MVP.

An MVP can also help product development teams get leadership buy-in for a project. Say the developers present a product idea but the leadership wants to see if the product can perform, before giving a go-ahead to the final version.

Or say a startup has a product idea and is looking for investors, but they can only get investor buy-in if they can show the idea is viable.

In such cases, an MVP can help achieve buy-in by gathering user feedback on the basic product, with little investment.

A minimum viable product also gives you insights into the user experience and usability of the product. 90% of users are known to stop using an app after a bad user experience.

The same goes for other products. With an MVP, you get first-hand information on how the product is performing and what needs to be improved before releasing it to the larger market.

We all know about Airbnb today and have probably used the service several times by now. But did you know that they started with a minimum viable product too? It started when the founders of the BnB hosting and renting platform needed money to pay their rent in California back in 2007.

Brian Chesky and Joe Gebbia had some extra space in their apartment. They also noticed that in a busy city like California, there were not many options for accommodations in case you couldn’t afford a hotel. So they decided to use whatever space they had, added some air mattresses to their living room, offered free wifi and breakfast.

They built an MVP platform with no advanced capabilities and targeted only one demographic, attendees at a sold-out tech conference. They got 3 people willing to stay with them. As a next step, they introduced hosting on their app to see if people would be willing to let strangers stay in their homes for a little extra income.

After several iterations, the Airbnb we know today came into being. This is one of the most famous examples of how a minimum viable product led to a globally recognized platform.

Other brands like Uber, Foursquare, and Dropbox are also inspiring minimum viable product examples you can read about.

Validated user data can do wonders for a business. Not only in saving time, effort, and money but in ensuring better customer experiences too, a minimum viable product has a crucial role to play.

It allows you to eliminate loopholes in your product plan and wrong assumptions that could cost you in the future. Your MVP does not have to be perfect but it needs to ensure that your future products are nothing short of perfect. 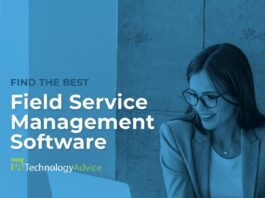 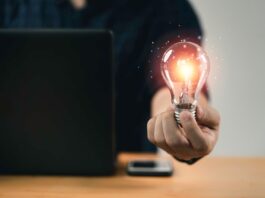