As many of you may know, Nike, Inc. is an American multinational corporation that is engaged in the design, development, manufacturing, marketing, and sales of sportswear, footwear, equipment, accessories, and services. This sportswear manufacturing brand is well-known for its „tick“ logo, and it is the world’s largest supplier of athletic shoes and apparel. Nike sponsors numerous high-profile athletes and sports teams around the world. Let’s learn more about Nike’s history, products, and net worth.

On 25th January 1964, Phil Knight ( University of Oregon track athlete) and Bill Bowerman (Knight’s coach), founded a company and named it Blue Ribbon Sports. 7 years later, on 30th May 1971, the name was changed to Nike, Inc. The Greek goddess of victory, Nike, was an inspiration for the company’s official name.

Knight and Bowerman were distributing sports shoes manufactured by the Japanese company Onitsuka Tiger. In the first year, they managed to sell more than 1300 shoes and earned about $8000. Their earnings in the next year were over $20,000, thanks to a full-time employee, whom they hired. The first retail store for Blue Ribbon Sports was opened in 1966, in Santa Monica, California. The business was expanded soon in Wellesley, Massachusetts because the first store gained success. By 1971, a collaboration between BRS and Onitsuka came to an end. The same year, on 30th May, BRS changed its name. Carolyn Davidson designed the swoosh logo, which is nowadays well-known. The logo was added to the brand on 18th June 1971.

Otis Davis, a student-athlete at the University of Oregon, who was coached by Bowerman, and who later won two gold medals at the 1960 Summer Olympic, claimed that the first pair of Nike shoes were made for him, saying: „I told Tom Brokaw that I was the first. I don’t care what all the billionaires say. Bill Bowerman made the first pair of shoes for me. People don’t believe me. In fact, I didn’t like the way they felt on my feet. There was no support and they were too tight. But I saw Bowerman made them from the waffle iron, and they were mine.“

John Brown and Partners was Nike’s first advertising agency, and the agency was hired in 1976, while the first brand ad was called „There is no finish line“. Wieden+Kennedy and Nike have created numerous advertisements, and it is Nike’s primary ad agency. In 1988, Dan Wieden, co-founder of Wieden+Kennedy, came up with the now well-known slogan „Just Do It“. Wieden explained that he was inspired by the last words of Gary Gilmore, which were „Let’s do it.“ In 1990, Nike moved into its eight-building World Headquarters campus in Beaverton, Oregon. In 1994, Bauer Hockey was purchased by Nike, while in 2003, it was Converse.

Now, Nike has made many models for different applications. In addition to regular clothes and shoes, they are also focused on sports equipment, such as parkour. Nike and other models of parkour shoes you can find at parkourshoesguide.com.

Nike’s income is said to be around $34.35 billion, while the worth of its total assets is estimated up to $23.26 billion. The brand’s net worth is $29.6 billion. With more than 700 shops around the world and offices located in 45 countries outside the United States, it is believed that Nike’s net worth will grow in the years to come. 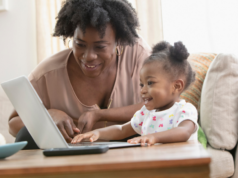 What Is the Role of Community Care Licensing In California? 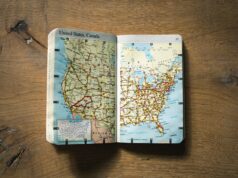 How to Change Residency from California to Nevada?

How You Can Benefit from The California Electrical Certification Online Classes