Google introduced progressive Web Apps in 2015, which use several technologies and standard patterns to create deliverables that use the features of both web and native apps. The progressive web apps gained popularity because their development was easy and offered many advantages in terms of user experience.

Progressive Web App (PWA) is a software development process that amalgamates the best features of mobile and web applications. This means that if you’ve created a website, it can act as an application as it has been developed using web technologies that allow for features of mobile apps to be part of the final product.

PWAs use standard-based technologies and change the features of typical applications to mobile browsers. The elements employed by usual apps include sending push notifications, allowing offline work, and loading the main homepage.

There are several factors that a web app should have before it could be called progressive. These web apps provide an application-like experience and have the following features:

Progressive Web Apps are built using HTML JavaScript and CSS. Even though all these coding languages are based on open web standards, in PWAs, it is the flexibility of features that differentiates them from the typical app.

PWAs are a new philosophy of building web apps and do not depend on only one type of technology. Its strength lies in the fact that it is adaptable and can be made on. However, there are some drawbacks to using PWAs for creating an app. Let us discuss both to give you a deeper understanding of this software development method.

1. Since PWAs are web pages, they are not required to be installed. However, if you want to access it quickly, there is always an option to place it on your home screen.

2. PWAs do not require updates as they function as web apps

3. One thing that differentiates PWAs from Native Apps is it doesn’t alter your packaging of the deployment model you’re using

4. It uses Service Worker Technology that allows the app to load faster even if the internet is slow

5. They are always available on your home screen

6. Push notifications can be sent through PWAs on your device as they employ Service Worker Technology. It also provides new content even if the browser is closed

8. PWAs work on all types of devices as the nature of the web design techniques is responsive

10. Since Application Shell Model is used for building a PWA and their navigation is similar to that of a native app.

11. Unlike native apps, you can share a PWA with your contacts

12. PWAS can be discovered using a Search Engine as a Service Worker, and W3C are its key proponents.

13. There is no need for installation or updating when it comes to PWAs

1. One major drawback of a PWA is that it doesn’t work on all browsers. The newer ones support these apps; however, older browsers like Internet Explorer, Safari, and custom ones do not.

2. Even though most devices support PWAs, there are some exceptions, as some of them may not allow all the functionalities of the software.

3. Hardware functionality is another issue that comes with PWAs, as all devices don’t support it. There are some hardware components such as GPS, camera or fingerprint scanners are supported by native apps may not work with PWAs

How is Progressive Web App Developed?

Even though PWAs employ similar mechanics as Native Apps when it comes to development, however, some significant factors set them apart. Several steps should be followed to create a Progressive Web App:

1. Firstly, the objectives of the app should be defined to establish the direction of the project.

2. The target audience should be defined as well so that the level of security required can be figured out

3. Details of functionalities and features should be defined

4. You may require third-party vendors to create the app. For this purpose, you need to analyze which ones will fulfill your requirements and the budget best

5. Knowing what sort of technology you will use is also an essential part of the process

6. An application Visual Guide should be developed to give you an idea of the final product

7. PWA framework, architecture, and its database design is a significant part of the process

8. After the app is developed, it needs to go through beta testing so that errors can be identified and rectified as a result.

How Much Does the Development of PWA Cost?

The cost of developing a PWA is dependent on a number of factors such as the complexity of the app, the framework, and the technology being used and the location of the development company. Know more about all of the factors that determine the app development cost here. North American developers are expensive, whereas prices are reasonable in Eastern European countries. There is one code base that can be used in all platforms, which cut the cost of development.

It is not possible to know the cost until the specifics of the app are confirmed. However, PWAs are the future, and they should be focused upon. 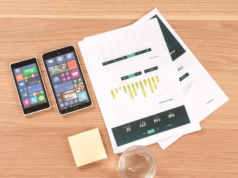 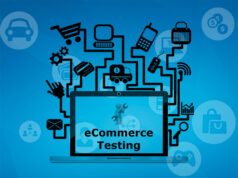 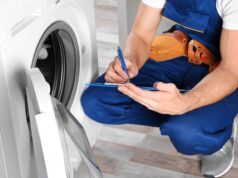