In 2019, the total value of the international sleeping assistance market was estimated at $78.7 billion, and we expect it to grow at a 7.1% CAGR over the next several years. Major critical drivers in the sleeping aids industry include the expanding healthcare infrastructure and the widespread use of compact devices for sleep apnea. Some other drivers are the rising geriatric population and the overall burden of sleeplessness and OSA, which is the abbreviation of obstructive sleep apnea.

A Look At The Segments

The Sleeping Aid Industry, Which Includes Pillows And Mattresses, Is Expected To Expand Profitably In The Following Years

In 2019, the mattress and pillow segment led the market for sleeping aids. The low prices and vast selection of these items drive their popularity in the market. The rising number of people unable to get a good night’s rest is also driving up the need for bedding products like pillows and mattresses. Ten percent to thirty percent of adults experience insomnia at any given moment, and between fifty and sixty percent experience insomnia annually, based on a study that appeared in the IJCMR, abbreviated as the International Journal of Contemporary Medical Research, in May 2017.

Sleep apnea is expected to expand faster in the sleep aids market due to sleep disorders. This is due to several factors, including the increasing prevalence of obstructive sleep apnea (OSA), the growing elderly population, and the advent of innovative, convenient sleep apnea gadgets. According to a July 2020 article posted on the News Medical Lifesciences platform, most OSA cases go misdiagnosed due to the mildness of the symptoms and an absence of diagnostic resources. ApneaTracker, developed by a group of Finnish computer scientists, is an Android software that uses the microphone and other sensors in a cell phone or smartwatch to keep tabs on the user’s snoring and alert them if any problems are detected.

Due to factors such as rising medical costs, improved health systems, and efforts and backing from private and public entities for raising awareness regarding sleep, sanitation, and disorders, North America had the largest share of the sleeping aids market during the particular era (2014-2019).

The high incidence of sleeping pill usage, cheap cost of production of related products, rising elderly population, and pervasive prevalence of sleep problems all point to APAC as the fastest-growing area in the sleeping aids business. In 2019, the region was home to the most significant proportion (37%) of the world’s older population, and this proportion is projected to grow steadily through 2050, according to the UN DESA paper “World Population Ageing 2019,” which should increase the requirement for sleep help in the region.

The market for sleep aids around the world is suffering as a result of the spread of COVID-19. The impact of this epidemic on the industry’s future cannot be overstated. The trade of many products has decreased, including sleep aids, due to the following reasons:

Patients who take charge of their health by turning to herbal remedies often report feeling happier and healthier. An estimated eighty percent of Africans use traditional herbal medicine, as reported in a WHO bulletin. A similar proportion of respondents (71%) reported prior use of herbal medications in a 2019 poll.

There are more than 80 distinct sleep disturbances, and 20 and 30 million Americans experience periodic sleep disruptions each year, as the American Sleep Apnea Association reported. In addition, insomnia affects roughly 30% of individuals in the United States for short periods and 10% for more extended periods. The increasing prevalence of sleep disorders like insomnia and obstructive sleep apnea (OSA) and the need for effective treatment options including CPAP Machines / CleanCPAP for its cleaning, has fueled the expansion of the worldwide sleeping-aided market.

A person’s ability to sleep can be disrupted by changes in their lifestyle, such as an increase in the use of stimulants like alcohol, coffee, and tobacco. As a result of the resulting disorders, there is a strong need for sleeping drugs. Depression, diabetes, heart disease, and obesity are only some chronic conditions that are made more likely by this. Severe sleep disorders like insomnia and obstructive sleep apnea (OSA) are linked to obesity. Working long hours, working numerous shifts, working in a chaotic workplace, under stressful conditions, and underestimating the amount of work you have to do all contribute to poor sleep quality. The favorable effects of these variables on the sleep aids market can be seen in the rising popularity of over-the-counter (OTC) sleep aids.

To Reach A Wider Audience, Businesses In This Market Prioritize Partnerships And Getting Their Products Approved By Regulatory Bodies

In recent years, strategic advancements, like product introductions and collaborations/partnerships, have been implemented by industry participants in the sleep aids sector to maintain a competitive edge. To give only one example: 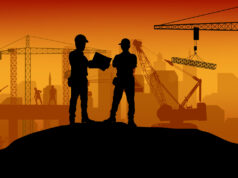 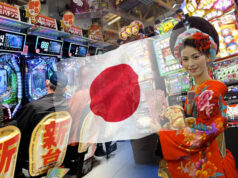 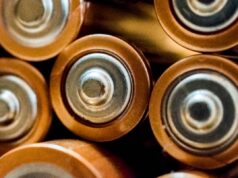