Home Blog What Are the Salaries in Gamedev?

If you play computer games, you might have thought at least once about how much work was done before the release of this game, how big the team was, and perhaps how much money they received for it.

Just imagine – you are playing your favorite World of Warcraft, in which an update has just been released. You upgrade your character on your own or with the help of https://skycoach.gg/wow-boost/powerleveling so as not to spend hours on the most difficult missions.

You are immersed in the exciting story of the new addon. But there is a huge team of people behind all this, where everyone is responsible for their piece of work: one group of people writes dialogues, some people draw costumes, others animate them, another group develops combat mechanics, while developers write code and QA specialists test it, and so on.

A lot of effort has gone into making sure people enjoy the game. And now we will find out what numbers can be discussed when a vacancy in game development is mentioned.

Well, how can you start a conversation about games and not mention the King – Blizzard? The most important thing, in studying their vacancies, is that Blizzard holds Dodgeball championships in its Austin office. If this is not the best bait, then I don’t even know what else to say.

Most of the vacancies, as you might guess, are looking for the main office of the company, located in the city of Irvine, in the state of California. The total number of vacancies is 429 One of the lowest salaries is for customer support specialists – $35-60,000 per year, and among the highest is the salary for a Chief Information Officer – $ 160,000 per year.

Engineers of different grades can obtain $ 90-150,000 per year. But even this well-known company was not without scandals – for example, in 2021, more than 20 employees left the company after harassment claims.

And now we’re going to talk about the creators of Star Citizen. There is an opinion among non-IT specialists that becoming a QA is the simplest way to enter the IT sphere as a worker.

ArenaNet Studio is currently, in fact, working on only one game – Guild Wars. The average ArenaNet salary is $ 87,000 per year. The highest position is Product Management Director with $ 196,000 per year, and the lowest is Game Designer with $ 93,000 per year.

Now the company is looking for different art specialists (animator, UI artist, character artist, etc.), designers, programmists, and specialists in the production sphere. Beyond salary, the company also offers health benefits for the employee and his family, different events, mentorship programs, sporting activities, free snacks and drinks, and so on.

Many vacancies in Trion in recent years have been related to localization, which, in general, makes sense. Two languages are most often found: German and French, but there were also Korean and Russian. Strangely, most of the vacancies were withdrawn from publication.

Probably because people were found for these positions in the USA, or because they decided to look for people in the countries of localization. Employees in the top 10 can obtain more than $ 142,000 per year, and the average salary is $ 77,000 per year.

This French company concentrates on creating and disseminating video games, such as Assassin’s Creed. The majority of the employees are needed at the main office, which is in Montreuil, France. However, the business has studios in more than 20 nations, including the US, Canada, Spain, and others.

Ubisoft has the option of working from home or from their workplace. Due to complaints about inadequate pay, the corporation adjusted salaries in the middle of the year in 2021 rather than April as usual. Many talented developers are said to have departed Ubisoft in recent years owing to pricing, allegedly taking advantage of offers from other companies like Riot and Tencent.

In theory, the corporation was in trouble because the most recent launches had been a failure. Players didn’t like the company’s aggressive monetization style. The company’s CEO, Yves Guillemot, turned down a third of his annual income, or around $ 327,000, due to financial difficulties.

At the same time, the CEO’s overall remuneration will remain high at $ 656,000. The corporation started a full-scale restructuring in order to save expenses as a result of the decline in annual revenue and profit. The average estimated yearly compensation at Ubisoft is $ 127,839. This figure includes base pay and bonuses.

Electronic Arts are rightfully on our list, which is understandable, given the broadest interests of the publisher in the gaming market. Unfortunately, this also makes it somewhat difficult to understand which studio of the company an employee is looking for. Someone will be identified in Visceral or Origin, someone in Bioware, and it can only be determined by the specified work address.

The company ranks 403 in the Forbes list of the World’s Best Employers 2022. The company hires people from almost all over the world, including students. Now there are more than 450 vacancies on their site.

The average salary in Riot games is $ 206,000 per year and it is rather high among other companies. Only 1% of the people surveyed noted that they get a salary under $ 100,000 per year.

The company also offers a wide range of benefits including healthcare and family care. The largest group of employees is 26-31 years old. The majority of vacancies are related to the Los Angeles office of Riot Games, and now they have 437 positions open on that very list.

We hope now, thanks to our article, you have a small idea of the approximate salaries in the game development sector. You might even want to go and retrain as a developer to write code for some cool video game – good luck to you! The information was taken from open sources with reviews and websites of developer companies. 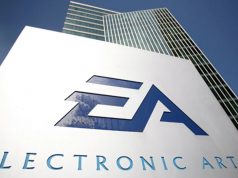