Since the coronavirus pandemic’s unexpected hit on the global economy, we’re looking at a potential second great depression. Like in the 1930s, when the world faced the devastating great recession, the effect of COVID-19 is likely to thread similar outcomes.

With the rising infections of the virus across major continents, there are truly no valid predictions of the global economy bouncing back soon. The sudden approval of vaccines indicates that this outbreak has eaten much into the economy. Are we looking at a second great depression?

The World’s Economy Amidst Coronavirus

You’d notice the several bypassing of multiple critical phase trials of the vaccines being approved for public use. Clearly, the production and distribution rates surpass the average processing of vaccines ever released in the history of mankind.

According to PapersOwl, The Great Depression began after the stock market crash of October 1929, which sent Wall Street into a panic and wiped out millions of investors. So the economic downturn faced since the outbreak can lead to consequences similar to the Great Depression.

Such a global financial crisis resulting in the continuous deep dive of the US stock market can only leave the world clueless about the future. Even when foreign affairs columnists envisaged possible bounce-back of the world’s economic curve, we’ve hardly noticed a significant change. The World Health Organization and other major health bodies have taken chunks of funds from the global purse these past months. Due to the state of emergency, no one’s thinking of how those funds are returned.

In the past few months, we’ve watched the stock market crash trend a couple of times. Sadly, these signs point towards the second great depression, a greater recession the world isn’t prepared for. Most continents depend solely on economic interdependence across nations and help from developing countries. But we doubt any country is truly looking to be their brother’s keeper in these times. Making the global economic swing between a thin thread set to cut loose in a few years from now.

The Impact of Coronavirus Is Global

Unlike the occasional recession that visits countries or continents at most, the COVID-19 pandemic struck the global community. Depression isn’t another short period of interrupted economic contraction. It’s an overlapped season of irregularities, uncertainties, and limited solutions caused by unforeseen global circumstances. The federal reserve termed the coronavirus as “The Economy-Crippling Plague.” Just as the great recession was traced to US stock prices’ collapsing, there was hardly a foresight on the Covid-19 pandemic.

Unforeseen catastrophic financial events like the Wall Street crash in 1929 caused major depression on business owners. Without a doubt, virtually every sector in the world today faced its hardest times during coronavirus outburst. We had skyrocketed gross domestic product records across major continents in the world. Sadly, a deflationary spiral implemented in 1931 doesn’t even come close to creating a long-term fix in this case.

We’d not feel the effect of this season’s sudden economic downturn until a few years from now. It may somehow seem like there’s been no valid account for the economic downturn from the last few months, but it’d surely surface. As we’re being prompted daily, the updates of a possible second and third wave of the virus would crush the economy beyond remedy. If this happens across the globe, there’d be zero sustainable recovery until full containment of the virus is made.

Of course, the current administration of vaccines remains promising to the management of the virus. However, let’s not forget that health and administrative officials still struggle with distribution today. Aside from the fact that logistics hasn’t been so forthcoming, preferences are also given to selected individuals. Making others wait for their turns in the administration of the vaccines, and these are also individuals who contribute greatly to the global economy.

Before speculations for any form of recovery can be concluded in this case, let’s review the meaning of “Depression.” Today, there isn’t truly a widely-accepted definitive term for the word depression, which explains the uncertainties surrounding a time like this. As the great recession, recovery only began three years later across developing countries in 1933. Even with this recovery, the United States never came close to its 1929 GNP until a few decades later.

Judging from the previous recoveries of a similar worldwide economic downturn, the recovery process is usually uncertain. While many predict a steady and long-term recovery, others hope to get a sudden bounce back from the steep economic fall. They somehow believed in a similar v-shaped recovery from the global financial crisis ten years ago. Unfortunately, they’d be disappointed because the terms surrounding the coronavirus pandemic surpass that in every way.

With the magnitude of the catastrophic pandemic outbreak, we can only wish for a steady and long-term economic recovery. Even after the bounce back from the great recession, the United States still battled with a 15% unemployment rate in 1940. Several reflationary and contributing policies had to be implemented and monitored over the years to actualize the desired recovery. To speculate a sudden bounce back from such a global catastrophe isn’t feasible at all.

The economic output of leading countries has been on pause for months now, which is synonymous with the times of the great recession. If lasting solutions are not implemented and administered fast enough, we could be staring at the second great depression in a few years. Even when the current vaccine administration seems promising, we’re dealing with a virus prone to easy mutation. 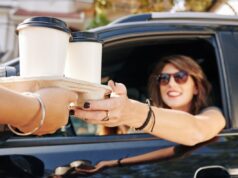 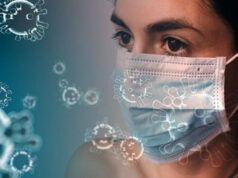 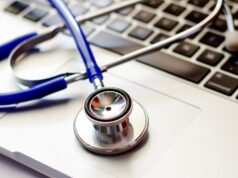