Home Technology Why Swift Can Be Considered Better than Kotlin

Have you ever heard of Swift and Kotlin? They are two of the most popular programming languages today. Swift and Kotlin are the two languages of choice for app developers. However, both are always causing controversy about which is better between two. Kotlin was developed 11 years ago by the JetBrains team as an Android application development language whereas Swift was developed 3 years later by Apple. Of course as a language for developing iOS applications. Even though they work in two different ecosystems, they all offer modern techniques and ease of use.

Before these two were created, it seemed as if the developers had no better option than Java. But both appear to be inseparable from the complexities most people who have worked with Java encounter.

Previously, Android developers depended heavily on the use of Java but over time, they can no longer rely on the language to anticipate the desired application processing speed. When Google announced Kotlin as the official Android programming language 5 years ago, all the developers seemed quite surprised and full of hope. However, they cannot be completely detached from Java because to use Kotlin properly a deep understanding of Java is necessary. Once someone understands Java, he will be able to operate Kotlin easily because coding in Kotlin is relatively simpler (compared to coding in Java).

Kotlin is the new trendy language to develop for Android. But of course what a novelty, every year a new language comes out, a fashion platform framework to which everyone migrates and of which in a year or two no one talks anymore… right? This is indeed something that happens a lot in the world of programming in which fashions sometimes prevail over utility. It is true that when something becomes fashionable, it is normal for it to be good, but… Is it worth changing our stack for this new technology?

Well, this is one of the cases in which I would say yes, and one of the advantages of Kotlin is that if you already have an application made in Java, it will be compatible with Kotlin since they are interoperable. Kotlin compiles to the same bytecode as Java and then runs on top of the Java Virtual Machine (JVM), so there’s no extra work for you to switch your entire application to another language.

The language was designed to be easily readable and compact. This means that it has a lower learning curve than Java and that you have to write considerably less to do the same thing, which increases productivity considerably. It is also a language that prevents one of the most common and difficult debug errors in Java, the NullPointerException. To do this, the language does not let you declare a variable as null unless you tell it to (we’ll see how) and if you tell it, the compiler will check that it has been initialized before being able to perform any operation with the variable.

Swift and Kotlin have some similarities but the differences between them are bigger. For some developers, Kotlin plagiarizes key parts of Swift (even though Kotlin was created a long time ago). Coming back to the comparison between Kotlin and Java, Kotlin removes the requirement to use semicolons. Not only that, there are new line characters introduced.

Not only is efficient in making code but Swift is also considered to allow easier code maintenance. That’s probably because the language doesn’t run on older programming platforms which are prone to errors. Swift applies new patterns such as:

– Variables are initialized as soon as the program starts.

– Much simpler memory management because it uses so-called auto-reference technology. This technology can avoid writing redundant lines of code. Sometimes for the same purpose, a developer can write more lines of code than he should.

Swift also allows extensions for additional functionality, something you won’t find in Kotlin. Thus Swift is more flexible than Kotlin. The two keywords are different for handling error functions and this difference does not cause any problems. As for the enumeration context, Kotlin does not support Enum lists and for many developers, this is a glaring shortcoming. In contrast, Swift is a language made up of lots of Enums and this fact contributes to the ability of developers to do more computation.

As for structure, Kotlin is more like Java, as a result, the language doesn’t offer anything new. Kotlin misses some fundamental points like float, Boolean, and int. Whereas Swift accommodates new fundamental points and this is seen as making it easier for novice developers. And finally, Swift applies better memory management techniques because it uses a more precise Automatic Reference Computing system than the Garbage Collection Approach system (used by Kotlin).

After all, both are the best answers to date for iOS and Android app development but while they have more differences, they still have something in common. Broadly speaking, Swift can be considered better than Kotlin, but in field applications, not all developers are affected by these advantages. Hopefully, this article was useful for you, and thanks for reading. If you want to get more info, just read more. Have a nice day! What Is the Difference between API and Edi? 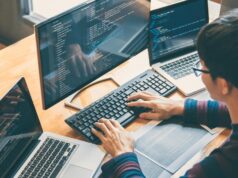 What Kind of Career Can I Expect From Going Into Computer Science? 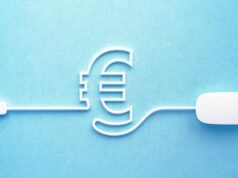 How Do I Find My Bank’s SWIFT Code?