Home Financials Are Taxes The Same For Everyone In Canada?

Taxes are collected by Governments at the federal, state, and municipality levels to meet their revenue and capital expenditures. The kind of tariff system that each country follows has a few variations. Some countries are progressive in that the more the income of a person, the higher the amount he pays to the Government.

Most countries give benefits to the old, disabled, or poor people. Likewise, they also charge more for the consumption of luxury items or sin goods like tobacco, alcohol, etc. In most countries, duties are not uniform, and they vary based on several factors like age, time of residence in a particular country, applicable deductions, etc.

Thus, computing the amount payable to the Government is a complex task. Some people take the help of attorneys who help in calculating deductions and filing the right forms. Others can use Paycheck guru, a Canadian tax calc that helps deduce the right amount that one is liable to pay to the Canadian Government.

Some Of The Variations In Tax Liabilities In Canada

Not Falling within The Taxable Bracket

The taxation system in Canada is progressive, and not all individuals need to pay taxes to the Government. For instance, as of the year 2019, a person who has an income less than $46605 then he is exempt from any duties. People in the next bracket pay 15% taxes on their income. Again people who earn more than $93000 are expected to pay 15% on the first $46605 and 20% on the additional amount.

Variations Due To Differences In Provincial/Territorial Duty Rates

In Canada, there is a three-tiered Government at the federal, provincial, and municipal levels. The Federal duties are common for all, but the state and municipality-wise duties vary. Thus a resident of Manitoba, Nova Scotia, British Columbia, and Ontario will not be liable to pay the same amount of money. There are some provinces like Alberta that charge no sale tax on the sale of goods.

The province to which a person is liable to pay duties is determined by his place of residence on the 31st of December that year. Hence if a person resides in Ontario till August and shifts to Manitoba after that and continues to stay there, he will be liable to pay dues to the state of Manitoba. Thus, provincial and municipality level variations result in different liabilities for Canadian residents.

The net tax liability of an individual varies based on the deductions that are subtracted from the gross income of an individual. Most countries levy fewer duties on senior citizens, that is, people who are above sixty or sixty-five years of age. Senior citizens have no source of active income and have a huge disease burden like high blood pressure, diabetes, joint ailments, etc. These diseases entail significant medical expenses; hence their contributions to pension schemes or retirement savings plans are eligible for deductions.

If working professionals are contributing to retirement plans, they are also eligible for deductions. For instance, the Registered Retirement Savings Plan (RRSP) aims to encourage individuals to set aside some funds to cater to their needs during their old age. Any money contributed to the RRSP fund is tax-free.

Childcare expenses are also liable for deductions. If both spouses are working, a small child will require a nanny or a governess. Apart from that, expenditure incurred for providing a home tutor or schooling and medical expenses for a child is also deductible from the gross income. Thus, if a person does not have children, he will have different liabilities as compared to individuals who have children.

The Liabilities Vary Depending Upon The Days Of Residence In Canada

There are many professionals and businessmen who spend a few months in Canada and return back to their home country for the rest of the month. The tax implications for individuals thus also vary based on the number of days a person spends and earns in Canada. A person becomes a Canadian resident if he has a social insurance number or if he has a driving license with a Canadian address.

People fall into various categories like deemed residents, non-residents, etc., and the Canadian revenue authorities have measures to prevent double taxation of any individual. Canada has a Double Taxation Avoidance Treaty (DTAA) with many countries so that the citizens of these countries can conveniently work and live in Canada without giving up the citizenship of their native land.

Indirect Taxes Are Same For Everyone

Duties on the sale of goods are the same for all individuals, and only a few items, like regular food items, are exempt from indirect duties. Thus, irrespective of the economic standing of individuals, a dress or shoe bought from the same store will levy similar duties on both individuals.

The practice of uniform duties is criticized by many, many economists as they, in a way, contribute to widening income inequalities in society. However, since people purchase goods based on their social status, the rich still pay more as they purchase from luxury brands.

Most people tend to avoid or try to minimize their taxable incomes by finding loopholes in the laws and policies. However, taxes are important as the Governments use their revenue to provide various welfare measures and build infrastructure facilities like roads, railway lines, waste treatment plants, etc. moreover, avoiding taxes can attract the attention of the revenue authorities and can even result in significant fines and other punishments.

Thus, responsible citizens do not delay in paying taxes, and they take the help of lawyers or tools like Paycheck Guru to find out their correct tax liability and pay them to the Government agencies. 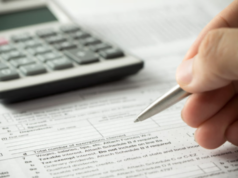 How to Get a Payday Loan in Vancouver, Canada? 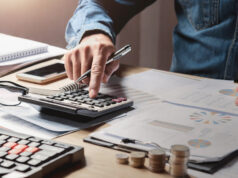 Ways a Good Accountant Can Save Your Business Money