Logistics is something that is very important for any company. This often makes a difference between top companies and those that are not so successful. Without good logistics there is no successful supply chain management, because the process of planning and implementation will be disrupted. And for a successful business, it must never be disrupted.

Technology has affected everything around us, including logistics. It has greatly reduced costs while increasing efficiency and that is why it has now become common for your ordered item to arrive the same day. And not only if you order from the world’s biggest sites like Amazon, but small companies manage to meet the highest standards. Most things have become available to you with just a few clicks, anytime, anywhere. But that is not all. We could say that this is just the beginning. Today we will talk about all the technological advances that have affected the development of logistics and which will have an even greater impact in the near future.

Until a couple of years ago, when you order something, you get an approximate date when the shipment will arrive and that’s all the information you will receive until the package arrives at your door. Today the situation is completely different. From the moment you order, until it reaches you, you know every location where the product will be located. From the initial warehouse, through all stops to the final destination. Each product has a barcode on it, which is read every time it changes location. While this is useful for customers who track their shipment, it is even more useful for a company’s logistics. That way the product will never be lost. Even if it arrives at the wrong destination due to an error, it will be easy to locate it and send it again. It used to be very complicated to find a lost item. Then in case of damage or delay, it will be known exactly who is to blame for it, because not only location information is tracked, but everything else as well. All this makes logistics much easier.

The Internet of Things has not yet been fully implemented as the basic idea, but it is also not science fiction, but something we are getting closer to year after year. The development of the Internet of Things includes analytics, machine learning and many other things that will eventually allow everything to be interconnected. It is currently estimated that tens of trillions of devices are connected to the Internet. In the field of logistics, it brings endless time savings, because people don’t have to do everything, but machines communicate with each other. At all times they are connected to the transport of vehicles, goods, with alarms, websites and everything else. As the speed of the Internet and the proliferation of capable devices further expand, it is expected that in the future many of the things that have required man will be done autonomously by machines. There are already companies where you can complete the entire process online. As you can see on FreightPaul, inquiry, booking, tracking and order management are part of the all-in-one system, which suggests that it will be the future, and increasingly the present.

In the previous part of the text, we said that each product has a barcode on it by which it is identified. This is only partially true, because in fact the barcode is more and more obsolete, but still widely used,  but Radio Frequency Identification (RFID) is increasingly popular. It is a special type of sensor that transmits and receives radio waves and is placed on the product. In essence, this is very similar to a barcode, but the difference in the speed with which information becomes available, which is crucial for logistics. They are used in warehouses, stores and many other places. And they are not only used for transport and storage, but also as theft prevention.

While this is something that has only been possible to see in science fiction movies, we could safely say that this awaits us in the near future. Although no vehicle yet has full autonomy, known as SEA Level 5, it is realistic to expect this in the next decade. With the improvement of autonomy and the acceleration of the Internet that will be brought by the 5G network, there will be taxis and trucks that will go completely autonomously from point A to point B without any human assistance. Imagine how much that improvement will bring. Human fatigue will no longer be a factor and will be able to do incomparably more work, because the vehicles will work 24/7. Tesla is already working on a truck that could be SEA level 5, while Uber announces the implementation of such vehicles as soon as they become available.

As far as drones are concerned, it went even a step further. Amazon has developed a program called Amazon Prime Air which has already done drone deliveries. And it proved to be successful, so it is a matter of time before the courier will no longer come to our door, but the drone. In this way, absolute punctuality of delivery will be achieved, because there will be no human factor, no traffic jams and similar things to affect punctuality. The only thing left to be resolved are the laws related to drones.

For a long time now, no one has carried a map with them when they go on a trip. Rather we all use GPS devices or GPS on the phone. In the beginning of mass use, GPS was not completely accurate, but served more for general information. Yet now we all have maximum confidence in GPS systems and they have great precision. As that precision grows, so logistics will benefit too. For example, door-to-door delivery by drone requires maximum precision, so it is expected that this will be further improved.

Robots have been used in factories and many other places for decades and have significantly accelerated production and everything else. But even greater autonomy is expected in the future, such as that expected for vehicles. The goal is, for example, to have a whole warehouse where everything will go from unloading to loading without human supervision.

With the advancement of technology, the possibilities become endless. Logistics will be so advanced that it will fulfill all tasks without problems and it will affect our daily lives positively. 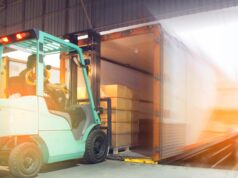 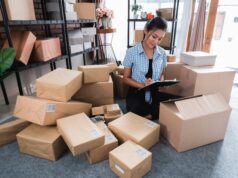 How Small Freight Businesses Can Compete In Fulfillment 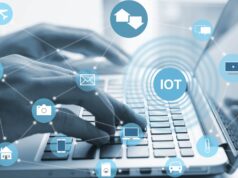