Home Business The Impact of Wildfires on Fire Insurances

Insurance policies are important so that you will still have something left should catastrophes happen either man-made or natural disasters. The occurrence of wildfires in California is getting worse. The fires are getting bigger and are becoming more frequent and destructive. Because of this, making a fire insurance claim in Los Angeles is also becoming increasingly difficult.

In recent years, the situation has not gotten better. There are still billions of dollars’ worth of insurance claims because of the vast destruction brought by wildfires. Because of this, a lot of pressure has been placed on property insurers and there are already some companies who are declining to renew insurance policies especially if such homeowner is living in a fire-prone area. Should those homeowners rebuild their homes in the same fire-prone area, it will be expected that there will be no more offers, or if there will be, the policy will surely cost the homeowner a steep price.

This type of reaction is normal because these type of companies are still running a business and engaging in insurance policies who are always at the risk of frequent claims might bad for their business as well.

If you are still wondering why such milieu is happening, the following are some details that you might need to know to give you some sort of enlightenment to California’s slow-motion crisis in insurance.

Why are they being excluded?

There are about eight million houses in California and around three million of those houses are standing on the wildland-urban interface. And out of that number, nearly two million are considered as areas which are at a high risk to wildfire. People who are searching to buy new homes are already being warned by their real estate agents but it seems that they pay little to no attention to such information. It is at the risk of such home buyer who will ignore such warnings, and such homeowner must then be ready for the consequences including fire insurance claims. Chances are when such homeowner tries to apply or renew his or her property insurance, he or she might be denied to have one or have it at a much higher cost.

Is California doing anything about it?

Even with such situation, the homeowners are still protected by the state of California, thereby requiring such insurers to justify the increase by providing data which reflects that the cost of paying insurance claims is indeed rising. After such a catastrophic year, these companies are prohibited to increase their rates immediately, the phase of such increase must be in over twenty years. There are advocacy groups who are working with regulators and lawmakers to protect homeowners via legislative package requiring those companies to secure state approve first before they pull out of fire-prone areas, and also by providing mandated discounts to policyholders who have fireproofed their homes. The regulators are even given the authority to ensure that the insurance company’s wildfire models are sound. They  are also conducting home inspections wherein they evaluate if such homeowner is qualified or not qualified. These companies are at times disqualifying homeowners because of some risks that they did not care about in the past.

In the event that a homeowner has been disqualified, such homeowner will then try to find insurance coverage somewhere else. Such insurer might be from a “non-admitted” insurer, where it does not meet the regulatory standards of the state. This is a risky move.

Are there any other remedies that can be done?

There are some fire mitigations that can be adopted. Those successful applicants are have received an inspection from a fire-mitigation specialist who then issues a report on the things that the homeowner must do in order to eliminate the possible exposures. It might take years for such homeowners to receive such certification, but at least, this will mean that insurance companies will no longer refuse to have your home get insured.

There are already homes which have been certified and those people who support the program did not get their homes to burn down in later fires even if their neighbor’s houses did. Hence, there are indeed remedies available for your properties to be insured.

These natural disasters are really making it difficult for homeowners to both obtain and process insurance claims. Even with the absence of human intervention to such damage, icompanies are still looking into what is good or bad for their business. If such a disaster happened to your, which we hope would not, you must be able to pull up some strength and rebuild what you have lost. And part of that process of rebuilding is by claiming your insurance proceeds. In doing so, the following are some items that you might want to consider: 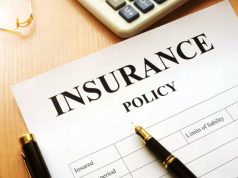 How Can Insurance Help You?