Home Net Worth The list of 10 wealthiest entrepreneurs in 2023 and how they earned...

Therefore, motivation to become one doesn’t only derive from a chance to be creative, competitive, or influential, but it can also be very lucrative.

What is the key to a successful entrepreneur and what was the main feature that led these ten entrepreneurs to become huge?

Ability to manage people, to be tactical, calm and collected, while bearing hard times tenaciously – if I would to become an entrepreneur, these would be my guidelines.

Every line of work is hard and it’s no different with this one. Low-spirited people should probably avoid entering the world of entrepreneurship, even though as an entrepreneur, you could be the one who improved our everyday life. For example, search engines, social media, messenger apps, etc. might have never seen the light of day if there hadn’t been people brave enough to push for it.

Everyday life has seen so many changes worldwide and innovative and productive entrepreneurs are exactly what we need to live up to these changes. However, entrepreneurship is slightly falling behind due to huge competition and other business impacts and it hasn’t been able to flourish like some other professions.

This is the Forbes list of the ten wealthiest entrepreneurs:

Amazon’s CEO and its founder are on the top of the list with a net worth of $131 billion. His career as an entrepreneur started 25 years ago, in 1994, when he founded Amazon as an online bookstore. His business path has been going only from good to great since then because he has kept upgrading his website with new categories and in time, it has become the biggest online shopping platform. Moreover, he developed other businesses as well as Amazon Web Services, Junglee, Audible, Alexa, etc.

One of the most renowned entrepreneurs and also one of the greatest philanthropists in the world is second on this list and he is the founder of the PC software company Microsoft Corporation. His net worth is $97 billion and many regard him as “one of the first of his kind” with somewhat of a revolution in the shape of Microsoft’s operating system – Windows. His business roots date back to 1975 and since then his entrepreneurship has flourished in a sense that he has created many successful companies, such as Skype, LinkedIn, Microsoft Mobile (a.k.a. Nokia) and Yammer.

The owner of more than 60 companies, such as Berkshire Hathaway and Geico & Duracell possesses an $82 billion fortune. The title of the most successful investors of our time secures him position number 3 on the list. Warren Buffett has also promised that he will give 99% of his fortune to charity.

The man in charge of the fashion industry giant LVMH and at the same time its founder, runs the alleged world’s largest luxury-goods company, with more than 70 brands to offer. He is the wealthiest person in Europe with a net worth of $76 billion.

Number 5 on the list is the owner of the largest mobile telecom company in Mexico, America Movil with a $64 billion-worth fortune. He has expanded his entrepreneurship as well, conducting business in various sectors, such as mining, real estate, media, consumers good and construction.

As a co-founder of Inditex, which owns a renowned fashion chain Zara, he is number 6 on this list, with a $63 billion net worth. The astonishing fact is that the company runs more than 7.500 stores worldwide and it has eight brands.

The position number 7 on the list is reserved for the Oracle co-founder, a very famous software company, with his $62 billion-worth fortune. The company is mostly in CRM databases and it has recently assimilated NetSuite, which is a huge step forward for them in the cloud computing universe.

A well-known and successful CEO and the co-founder of the social network, Facebook is the youngest person on this list. Even though he took the number 8 spot, with a net worth of $62 Billion, his success with Facebook is immense. During the last 15 years, since the beginning of the Facebook era in 2004, the company has had enormous success. The recent acquisition of Instagram and Whatsapp (social network and messenger app, respectively) is considered to be one of the hallmarks in the company’s history. Similar to Warren Buffet, Mark is also planning to give 99% of his Facebook holdings to charity organizations.

A media giant and a financial service and software company, Bloomberg, is named after it’s co-founder and CEO Michael Bloomberg, who is $55 billion net worth. That amount makes him number 9 on the list. He is also one of the philanthropists on the list since as a member of ’The Giving Pledge’ he promised to give away half of his fortune to charity.

His company is a part of the Google family since he is the co-founder and CEO of Alphabet Inc. Even though it is a huge family, the biggest search engine in the world – Google, is also in charge of a number of digital services like YouTube, Gmail, Drive, Cloud, Maps, etc. Alphabet Inc. is operating in health and smart home appliances sector and they have been highly creative and original recently. A $50 billion net worth marks him as last but not least person on this list.

The amount of money that an entrepreneur earns and possesses can’t be the only thing that regards him as wealthy. I think it all boils down to the impact you have on people.

However, this article aims to list ten entrepreneurs according to their financial power. 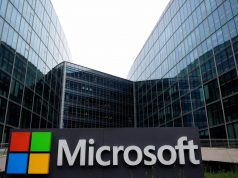 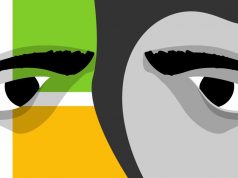