Bitcoin is the most popular cryptocurrency in the world. There’s a reason for this – it made many people very rich. Most of them started working with this crypto when it wasn’t popular nor safe to do it. But, they’ve had the bravery and gut to go forward with it, and it paid off multiple times. In this article, we’re going to talk about the top 10 Bitcoin millionaires in 2020. Today they lead a lavish lifestyle, as es.bitcoins-evolution.com can confirm, but it’s well deserved. So, let’s see just how wealthy are these Bitcoin pioneers.

Let’s start with the man who invented this cryptocurrency. Satoshi Nakamoto, the man behind Bitcoin, is not only a millionaire but a billionaire. The mysterious man behind this crypto managed to get rich from it, as one could have guessed. No one knows who he is, or is that a code name for an organization, but their worth is certain. At one point, when Bitcoin was at its peak, Nakamoto was Worth $19 billion. Today this number is closer to $9 billion, which is nothing to be shy about. While his identity remains hidden, we at least know that his bank account holds 980,000 BTC.

Chris Larsen is yet another man who managed to wrap his mind and effort around cryptocurrency and made a fortune out of it. He was one of the people who helped in creating a cryptocurrency for banks and their transaction, that would allow them to do business at lower costs and with more speed and precision. If you didn’t know, we are talking about XRP. He co-founded Ripple and is the executive chairman of this company. His worth is set at $2.7 billion.

This man is the CEO and founder of one of the world’s biggest cryptocurrency exchanges named Binance. You’ve heard of them, we’re sure. In the world of crypto, he goes by the nickname CZ. His company was established in 2017, and since then, Zhao didn’t look back. Today he is worth more than $2 billion, while his company made half of it during the last three years.

When we talk about Bitcoin millionaires and billionaires, we can’t make a list without Cameron and Tyler Winklevoss. You have been living under a rock if you haven’t heard of them. They become famous when they sued Mark Zuckerberg for allegedly stealing the idea for Facebook from them. They won the lawsuit and gained $65 million in return. Some of that money was invested in Bitcoin, and they’ve managed to get even richer. Former Olympic rowers are now worth over $1 Billion, thanks to their crypto exchange called Gemini.

Brian became famous as a founder of one of the world’s premium exchanges called Coinbase. His company offers the best security features for buying, selling, and storing Bitcoin on the planet. He started when BTC was rather unknown, back in 2012, and as one of the pioneers in this sphere, he managed to get rich. As the years passed, Coinbase gained more credibility with their work, and today they have most registered users among all exchanges. Today his wealth stands somewhere between $900 million and $1 billion.

Anthony Diiorio advocated for cryptocurrency long before it became famous, and it paid off for him. Today he’s known as one of the founders of yet another crypto called Ethereum. He made his fortune on a simple strategy – investing early in promising projects, cashing out when they succeed and then re-invest into new and upcoming things related to cryptocurrency. In his portfolio, you’ll find names such as Vechain, Qtum, and Zcash. Diiorio has a net worth of $1 billion.

Lubin is a Canadian whose name stands behind the same brand as Diiorio’s – Ethereum. This crypto is the world’s second most worth cryptocurrency, trailing only Bitcoin. He didn’t stop at this, and his name is now attached to projects such as ConsenSys. This is a software company that aims to help new crypto apps in their early phases. One condition is that they work with Ethereum. In recent years Lubin became very rich, but it’s not possible to pinpoint his exact value. At the moment, the range is set between $1 billion and $5 billion.

Tim Draper is one of those people who managed to get rich in the early stages of Bitcoin. He bought his first quantity of BTC in 2014 from Silk Road. We’re talking about 30,000 Bitcoins and a lot of trust in crypto by this man. Thanks to his daring moves, he managed to amass $1 billion net worth. What he paid for that sum back in the day was $29 million. Today, it would be worth $273 million. This is quite a fortune, but his business ventures go further that only dealing in cryptocurrency so we can expect it to grow.

You’re quite a Rocknrolla if you are nicknamed Bitcoin Jesus. We could say that Ver is a celebrity among cryptocurrency millionaires. If you don’t know his looks, just imagine him as Gerard Butler in the 2008 film, directed by Guy Ritchie, named Rocknrolla. Once upon a time, this man was even in jail, but those days are behind him. What’s also behind him is the early days of BTC. He started early in 2011 with investments in BTC start-ups such as Kraken Exchange, Ripple, and BitInstant. His bold moves in a time when it was considered a risk to work with Bitcoin made him a fortune of nearly $500 million. This data is not official, but it’s what BTC circles are guessing at.

Here we have another man who got his BTC from Silk Road. He went in deeper than Draper and got himself 48,000 Bitcoins. In 2014 he parted with $17 million for this amount of crypto. Today, if he decides to sell, he could gain $400 million. This is how Bitcoin made people billionaires. Since 2014, Silbert turned his focus more towards crypto, and today he’s the owner of Digital Currency Group that operates with digital currencies. 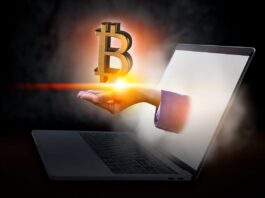 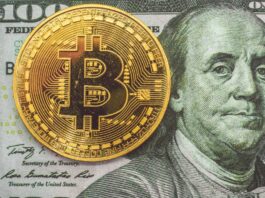