One of the best ways to know how a particular internet/TV service provider performs on a realistic scale is to dig deeper within the customer experience territory. By customer experience, I mean the verdict or the ‘say’ of the people who actually get to use the services boosted by the providers.

There is usually a bridge between advertisement and delivery. Sometimes, an ISP promises 100 Mbps network speeds in a certain area to a particular consumer, but only delivers half of what they propose. Similarly, a cable TV provider agrees to offer an extensive channel lineup but eventually gives access to only a handful of entertaining content, etc.

It is this bridge between consumer expectation and provider performance, which you need to cross to truly gauge the value of an internet/TV company. Given that, you’ll find this post quite helpful. Why? Because it deals with the customer side of the coin and puts forth an experienced-based review of the best internet and TV providers in the market. Stay tuned!

What Customers Say About the Top Internet Providers 2023

There are a ton of ISPs in the telecommunication arena that supply broadband to both residential and commercial areas of the US. Given this large extent and dynamic variety, it might get difficult for you to choose just one to fulfill your needs. This is where the following analysis will come handy, giving you a sneak peek behind the internet provision curtain.

This company has managed to earn some of the most satisfied customer reviews in the current year. People have found its fiber speeds to be the best in the business, dichotomized into Gig and non-Gig plans. Other than that, Verizon’s no data cap policy is a big plus for users who share large files regularly. If we’re looking at customer service, then Verizon shines there as well. The only downside is its limited availability, meaning not a lot of people can access it.

This telecommunication conglomerate by Comcast follows closely in the footsteps of Verizon, offering a remarkable diversity in its internet speed plans, which even climb up to the fiber level in some areas.

Consumers have found Xfinity’s traditional cable infrastructure to be quite reliable, and its modem/router gateway to be the best out of its contemporaries. However, Xfinity loses its ground with smaller households having simplistic needs, and its customer support isn’t that user-friendly.

You might’ve caught wind of the news about the great merger between Charter Communications, Time Warner Cable, and Bright House Networks, which have come together under one unified ‘Spectrum’ banner. Though this merger spells huge success for the three individual entities, in the long run, the transition has brought about some unsettling changes in the billing procedures and service policies for the current customers.

This is one of the reasons why Spectrum doesn’t fare quite well on the customer satisfaction index in contrast to its competitors. Though it offers some valuable bundle deals and “no contract, no data caps, no modem rental fee” facility, still it lacks good customer support and billing value.

What Customers Say About the Top TV Providers 2023

Other than the internet, consumers hold television service quite close to their hearts and get extra picky when it comes to choosing a TV provider. This is what people have to say about the best TV companies in the market:

This provider has wonderful customer service and the most helpful agents, as testified by many users. Lineup wise, U-Verse offers 550+ channels, which is the biggest selection you’ll find in the market.

However, a huge number of these are music channels, but even with that, the lineup has a commendable extent. When it comes to billing, AT&T U-Verse helps the customers dial down the price by providing DVR without additional cost, and bundle well with additional services.

If you happen to live on the outskirts of a metropolis and can’t get access to the mainstream cable TV providers, then don’t worry. You can subscribe to DISH’s exemplary services, which are backed by multiple customers. Signal reliability, equipment inclusion, troubleshooting database, online support, and, most importantly, a price-lock guarantee are some of the best features of DISH’s television service.

Another satellite TV provider, DIRECTV, is a go-to choice of rural and even urban customers. Why? Because its plans come pre-included with installation (leaving you to pay $35 activation fee-only, thereby cutting your costs), on-screen channel guide, and a free Genie HD DVR. In addition, DIRECTV offers six comprehensive channel packages, covering every aspect of television entertainment from local broadcasts to premium channel subscriptions of both national and international nature. Its customer support needs work, though.

Once you’re aware of the customer-determined pros and cons of the best TV and internet providers in the market, as are covered in this post, you’ll be at a much more advantageous position to select just the right provider for your home. Because you see, it is highly important to look at both sides of the coin and hear both sides of a story before reaching a decision. 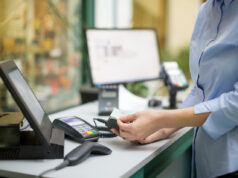 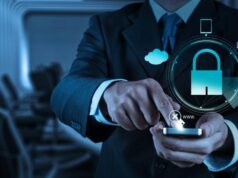 How to Secure Your Business on the Internet? – Guide 2023 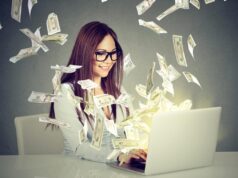 How to Earn Money Online?