The current trucking crisis has led to delivery delays, supply shortages across all industries and a rise in prices, threatening the recovery of the US economy. Analysts agree that the shortage was caused by a combination of factors, but the aspects that weighed the most were the spike in early retirement and the increased demand for shipped goods during the pandemic.

A crisis in the making

According to the data provided by the American Trucking Associations (ATA), the driver shortage is not a new phenomenon. The industry was already 60,800 drivers short in 2018. If left unaddressed, the Association estimates that the US could have a shortage of more than 160,000 drivers by 2028.

Obviously, the issue was exacerbated by the pandemic and the preventive measures that were imposed during this period. Surprisingly enough, truck accident rates climbed in 2023, despite the lockdown, and the concerning trend continues in 2023. Experts believe this might be a direct consequence of speeding on emptier roads and the fact that the poor driving habits developed during that period were carried on into 2023. The worst part is trucking accidents can be truly devastating, causing much bigger damages than other types of accidents.

As experts from Baumgartner Law Firm point out, 18-wheeler accidents are also extremely complex and difficult to manage for all parties involved, which is why these events require the intervention of a skilled lawyer to handle the case properly. Since the trucking industry is one of the largest revenue streams in the US economy, trucking companies are pressured to come up with viable solutions for these challenges sooner rather than later.

As the demand for skilled truck drivers remains high, recruiting agencies are working hard to fill in the shortage, which means the costs for recruiting are going up. Companies are also pressured into offering higher wages to attract and retain talent, adding to the already higher expenses they have to cover.

Companies have to pay more for shipping and as a result the end consumers will have to pull more money out of their pockets for the goods they purchase.
This proves once more that drivers are an important link in the supply chain and until these issues are addressed, the whole economy will be affected by the crisis in the trucking industry.

Other critical issues affecting the US trucking industry

Unfortunately, driver shortage is not the only challenge affecting the trucking industry at the moment. As the annual survey conducted by the American Transportation Research Institute (ATRI) reveals, there are many issues facing the industry right now.

Over 1300 members of the trucking industry were interviewed during the survey in order to find out which are the most pressing concerns. Driver shortage came out as the trucking industry’s top concern for the fourth year in a row, but there were other interesting findings in the ATRI report that are worth mentioning as well.

One aspect that is closely linked to driver shortage is driver retention. In times when the industry is experiencing increased freight demand and a lower number of active drivers than usual, it’s extremely important for companies to retain their drivers for the long haul.

Some of the strategies that could help address this issue include hire wages, more home time, new and performant equipment, as well as the implementation of health and wellness programs that could improve the quality of life of the drivers while they’re on the job.

It’s not the first time that truck parking issues make an appearance in the annual ATRI survey. In fact, the lack of available tuck parking spots has been a constant problem for the industry over the past decade.

There’s no denying that the pandemic has had a contribution to the parking shortage, as many rest areas were closed during the lockdown, further reducing parking capacity across the country. Identifying freight strategic locations and increasing parking capacity in those specific areas might provide a solution for this problem.

Although it appeared last on the list, many stakeholders in the trucking industry still consider HOS to be an issue. There was much improvement in this area due to the June 2020 final HOS rule, which went into effect in September the same year. Yet improvements to the final HOS rules are still required and further changes have to be made in order to address current concerns.

Insurance costs also made the list, this time ranking on the fifth spot. High insurance costs have increased by 18% over the past five years, according to the Operational Costs of Trucking analysis conducted by ATRI. The issue seems to be worse for smaller fleets as they have to deal with higher costs for insurance premiums than larger fleets. This is also one of the reasons why many small fleets go out of business.

Driver compensation is yet another issue that seems to be connected to the current driver shortage. Although the average annual pay for truck drivers increased in the past few years, it appears that the increase was not substantial enough to address the problem. Many believe that increasing driver pay could represent a solution for driver retention and shortage. 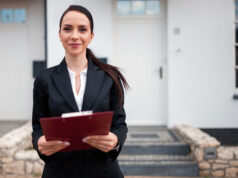 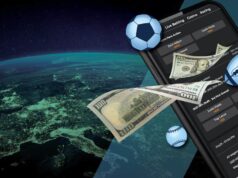 How big is the sports betting industry in the US: Will the industry grow in the future?