Do you have an investment personality? Most active traders do. Few try to cover every niche of the market in dozens of different ways. Just as we all tend to have one or two kinds of cars we like; it seems that everyone who puts a significant amount of money at risk has a preferred way of doing so. There’s plenty of evidence for this theory. Just spend a few minutes checking out the trading and brokerage websites and the facts are apparent.

People consciously or unconsciously choose either long-term, medium-term, or short-term strategies. The most popular time frame of all is the one employed in swing trading, which tends to be medium-term (between 3 and 20 days). Likewise, active participants in the financial markets generally focus on stocks, bonds, forex, cryptocurrency, exchange-traded funds (ETFs), precious metals, futures, options, contracts for difference (CFDs, but outside the U.S. only), and index funds.

Of course, even the specialists who display deep devotion to one or another security and time frame often diversify their portfolios with other instruments. That’s why you’ll see some of the most conservative bond holders hold five or six percent of their entire portfolio value in metals. The shiny stuff is a hedge, not an avocation. Other examples abound, and the big takeaway is your investing personality is usually revealed by what you trade and the amount of time you hold it. Here are some of the most common personalities among active trading enthusiasts Which one describes you?

Day traders and short-term speculators who use any instrument that allows for quick profits fall into this category. Many day traders, for example, are professionals who put everything on the line, have large brokerage account balances, and only work a few hours a day to avoid the stress factor. If you have nerves of steel, an iron stomach, and a quick mind, you’re probably a risk-taker. Many graduate out of this category and turn into more conservative types. This is especially true if they blow out their entire bankroll and have to take time off to get back on their feet financially. Fear is a powerful force, and has turned lots of risk-takers into slow-moving, more careful investors.

This type has been around, as the name indicates, for more than a century. In fact, some of the very first speculators in the new NYSE were these types. They firmly believed in putting a fixed amount of money away for a rainy day. Usually, that day was retirement, which meant sometime before the age of 60 back in those days. In 2023, the old-school crowd is represented well; it includes blue-chip enthusiasts, long-term investors in all instruments, bond devotees, and those who describe themselves as believers in the buy and hold technique. If you purchase securities and don’t expect or intend to sell them for at least a decade, you might be an old-school conservative.

This newer category includes anyone who puts their life savings into penny stocks, mortgages their home to purchase stock options, or buys large amounts of cryptocurrency. The cliff divers have also plied their trade for decades, but they’ve gone under different names. They’ve been called penny stock strategists, venture investors, angels, and other things.

Their chief personality characteristic is unpredictability, but they also veer toward the need to put everything on one horse. In 2023, the majority of these folks populate the cryptocurrency markets and watch their fortunes rise and fall in the span of seconds. If you can afford to lose huge chunks of cash at lightning speed, and have a taste for danger, you could be a cliff diver.

Middle of the Road

Most modern investors, who have 9-to-5 jobs and own portfolios that include a little bit of this and a little bit of that are middle of the roaders. This group views investing as a way to build a comfortable retirement lifestyle and perhaps make a few extra dollars along the way. They usually hold a balanced mixture of stocks, bonds, ETFs, and metal in their modest-sized portfolios, to which they add regularly.

Seldom to they sell large pieces of what they own, instead preferring to add, slowly but surely, to their stash of securities. Perhaps a majority of all modern investors fit into this category. If you work a regular job, don’t trade for a living, and never lose sleep over your investments, then you’re probably a middle of the road personality type.

Active traders who also work another job as a career often become swing traders. They use an hourly chart and rarely hold anything longer than three weeks or less than two days. They use common sense to guide their selections, typically relying on both fundamental and technical indicators that can be learned from WarriorTrading.com. The swing personality is satisfied with an average amount of risk, rarely takes large positions, and is not in danger of placing emotion-based trades.

These days, many working people trade forex, traditional stock shares, and precious metals this way. They enjoy what they do but have a life outside of the charts. It’s common for swing types to spend about two hours per week buying and selling. One factor that makes this style so convenient is that there aren’t that many transactions in a typical month, perhaps 10 or 15. So it’s not a time-consuming pursuit, but it still offers people a way to earn a profit on their holdings.

Dabblers buy and sell seemingly random investment vehicles at random times. Often, they’ll go an entire month without doing anything. Then, they’ll swing into action and do a dozen trades in a few days. There seems to be no rhyme or reason to their style, but they will tell you they aim to make a small profit in the market.

The dabbler’s favorite vehicles are cryptocurrencies, forex, small cap stocks, and precious metals. All those categories offer the potential for fast profits, which is sometimes the aim of a typical dabbler. These folks like to keep their trading skill up and often spend much more time watching the market and reading financial commentary than taking part in the action. 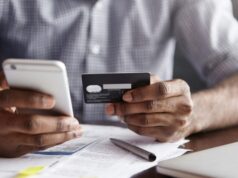