Home Technology Who is the weak target for cybercriminals?

Nowadays hackers are evolving faster than technology. It makes cybersecurity one of the most important factors to consider before starting a business. Indeed, cybercriminals no longer fear anyone. Even Elon Musk’s precious – Tesla company experienced a few cyber attacks. Chinese hackers could interfere with the car’s brakes and different electronic features. At some point, they even took remote control of Tesla Model S. It showed how dangerous connected vehicles could be.

Tesla Company spent millions on improving their cybersecurity. Right now they offer $900.000 and a free car for anyone who can hack Model 3. In this way, inventors want to prove that they did significant modifications to prevent hacking.

It is enough to realize that everyone can become the next victim of cybercrime. Even large corporations such as YouTube, FedEx, Wikipedia, Amazon, Merck, and Google got hacked at some point. There is only one difference between them and users like us – they have resources to protect themselves. From another hand, they can lose so much more than the rest of us. For instance, commercial websites including CNN, Yahoo, eBay, and Amazon were attacked by a Canadian high school student in 2000. Companies lost in a total of 1.2 billion dollars back then. Fifteen years old hacker Mafiaboy was apprehended.

A lot has changed since 2000. In 2019 cybercriminals can shut down companies, cities, and countries. At the beginning of 2019, the Australian government and political parties suffered a cyber attack right before federal elections. The journalists of the Sydney Morning Herald found in this incident ‘the digital fingerprints of Chinese hackers’.

Small and medium-size businesses can become victims of cybercriminals as well. There is a common misconception. Entrepreneurs mistakenly think that it can’t happen to them since they don’t have big profits. The truth is that hackers are more likely to target small businesses because they lack human and financial recourses and simply can’t protect themselves. Nowadays, every second small company faces cyber attacks. Every data theft can entail the risk of severe consequences – from minor inconvenience to reputation damage and company closure. That’s why all employees should be obligated to follow protocol, change their password every two months, and protect the data with cloud back up. Cybersecurity is something that is worth investing.

Not only large corporations and small business can suffer losses. Every user on the Internet is under risk. There are a few common mistakes in cybersecurity that most people do. It gives hackers a chance to steal important data. For example, users are not very careful with opening emails from unknown senders. The thing is that it can infect the user’s computer and lead to data theft. Everyone should question the email they are getting and not click on suspicious links.

Another great mistake is to refuse the software update. Developers do it to prevent cyber attacks, but some users don’t understand the importance of updates and just ignore it. That’s why it is necessary to update software, especially if it’s a work computer.

The last classic problem is linked to weak passwords. Users repeat the same generic 1-2-3-4-5 passwords on multiple devices and sites. Might as well not use passwords at all. Users who don’t want to create and remember complex passwords should at least try password manager to avoid getting hacked.

Nowadays there are a lot of cybersecurity threats, and no one can escape it. However, we should stay updated, be aware of our mistakes and mitigate risks.

For more on this topic check out the infographic below, according to ServerMania: 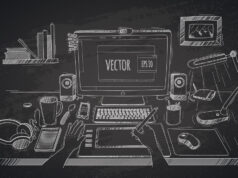 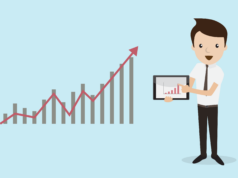 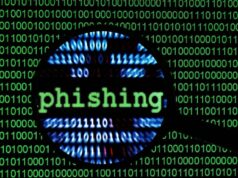 How To Stay Safe From Spamming 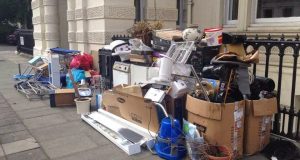